The Anantara Tozeur Resort was the perfect bolthole, a luxury remote getaway on the edge of the mystical empty Sahara, far removed from the encroaching coronavirus in Europe.

Yet global events overtook my euphoric short chillout amidst the Palms and sand dunes of South Western Tunisia.

Showing me the ropes in my spacious deluxe villa at the new Anantara Tozeur Resort, among the most luxurious hotel properties yet to open in North Africa, the smiling young butler Seif placed his right hand over his heart in a traditional gesture of welcome.

Then he proudly demonstrated smart in-room appliances, rolling up the window blinds and drawing back the curtains with the flick of a button or two which created beams of celestial light inside the darkened bedroom. 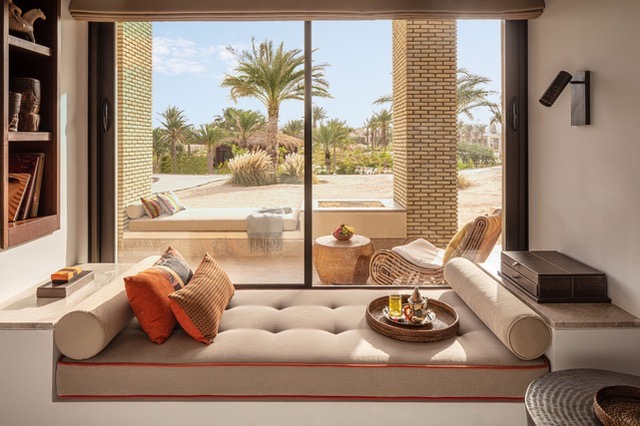 An authentic interior of Moorish and Berber traditions was revealed in a palette of marble, white and wood, walls enlivened with colourful local ceramics. Handmade rugs in sandy and brick hues stretched out beyond the huge carved bed onto the shiny marble floor. Anticipating a pre-dawn call of nature, I swiftly re-arranged them so as not to trip on my way to the elegant bathroom facilities.

A low coffee table was laden down with welcome platters of dates, a mountain of fresh fruit and a bunch of grapes made from chocolate. Coronavirus self- isolation might not be such a penance here, I decided before stepping outside to admire the Sahara, shimmering into infinity, beyond my secluded terrace. There was a comfy daybed for chilling out on and also a fire pit to add romance to cocktails and stargazing. 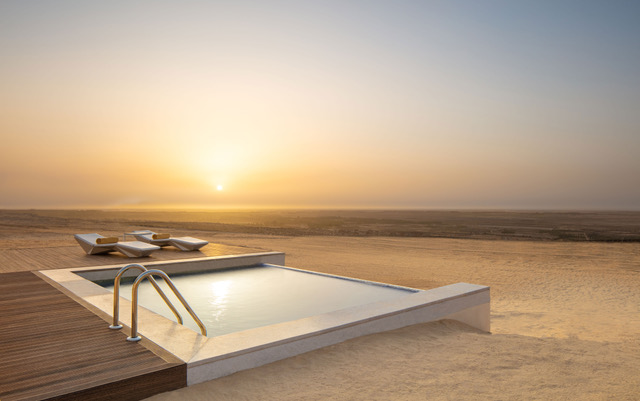 The coronavirus was tightening its grip on international travel but Tunisia was open for business still welcoming a trickle of new guest arrivals. A few days into our stay, an exodus from Paradise was underway on a six-hour dash by road north to Tunis airports before the country was put in lockdown.

This desert hotel resort, 15 minutes away by courtesy chauffeur transfer from Tozeur’s small airport, is the latest in Anantara’s stable of exotic destinations from Oman to the Maldives and Spain to Sri Lanka. The Tozeur project took seven long years to complete and you can understand why. Creating a luxury desert hideaway of authentic low rise main buildings and 93 guest rooms and villas, required to blend seamlessly into the lunar-like arid surroundings, was a tall order.

Three meandering swimming pools are nestled among the young Palm trees and landscaped gardens of recently planted shrubbery. The resort has five restaurants including ‘Mekong,’ serving Thai and other south-east Asian specialities, where we dined one evening, a poolside grill and an Arabian Cultural Village. There is also a large spa featuring male and female hammams, floodlit tennis courts, a fitness club, and a yoga studio. 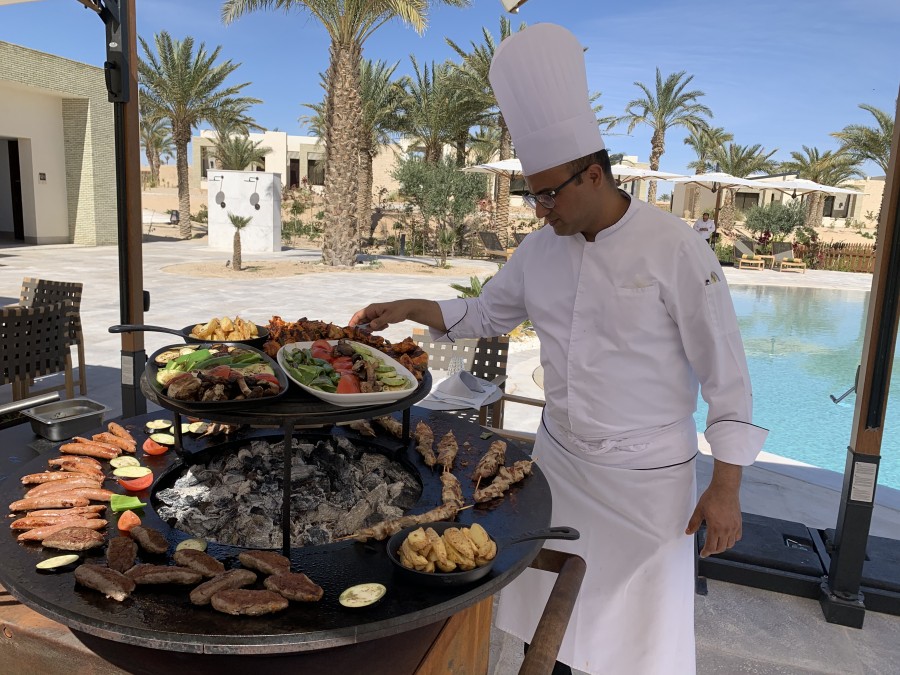 Guests are put in touch with local culture and history through excursions exploring Tozeur’s medina and other landmarks. The area, inhabited since at least 8000 BC prospered as a trading post on the route of the great trans-Saharan caravans, sited around an oasis on the northern shore of the great salt lake of Chott el Jerid.

Fans of the epic Star Wars space trilogies, created by George Lucas, will be familiar with some of the panoramas around Tozeur that served as filming locations for numerous scenes from the movies.  Guests can arrange to visit some of the other filming locations by booking the resort’s Tatooine Journey package driving through the spectacular landscapes of Ong Jemel, ‘The Neck of the Camel’.

The morning after our arrival we bumped over dusty terracotta-coloured dirt tracks to visit the abandoned 14th – century villages of Chebika, Tamerza and Mides.  Our guide, local historian Shedly Bakhtaba, pointed at a large oasis stretching out in the valley below explaining that the very presence of the date palm was an indicator of the desert’s most precious resource, water. There is an old Arab saying that the date palm likes its feet in heaven and its head in hell’.  Summer temperatures here can be truly searing. As well as producing dates for food Mr Bakhtaba listed the other uses; the trunk is used for building and hollowed out to channel water, branches are utilized for roofs and fences whilst the tough leaf fibres are woven into mats and ropes and date pits are even ground up to become animal fodder. Nothing produced by the date palm goes to waste, he added. 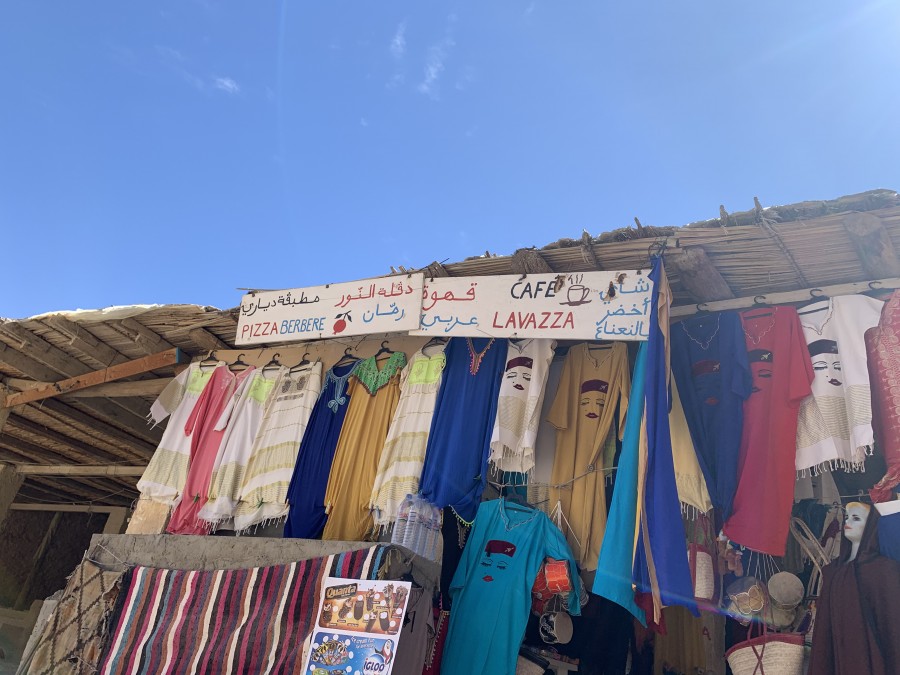 Abandoned after serious flooding in 1969 the old village of Chebika is now in ruins. A Berber guide, Mustafa, led us through a series of narrow gorges and gaps in the canyon, descending to an aquamarine lagoon oasis fed by a waterfall.

On the way, he stopped to point out fossils stamped into the ancient rock.” These fossils have been here for millions of years to when these mountains and rocks were submerged by the sea”, he explained. Souvenir stalls popped up at the foot of the canyon, colourful scarves billowing in the breeze, tables arranged with wooden camels, worry beads and other trinkets.

Tamerza and Mides (familiar from the movie The English Patient) whose spectacular canyon also featured in the Star Wars trilogy, reminded me of Pompeii, wandering through the ghostly shells of forgotten villages, perched high above dramatic gorges, that thrived until natural disaster struck. 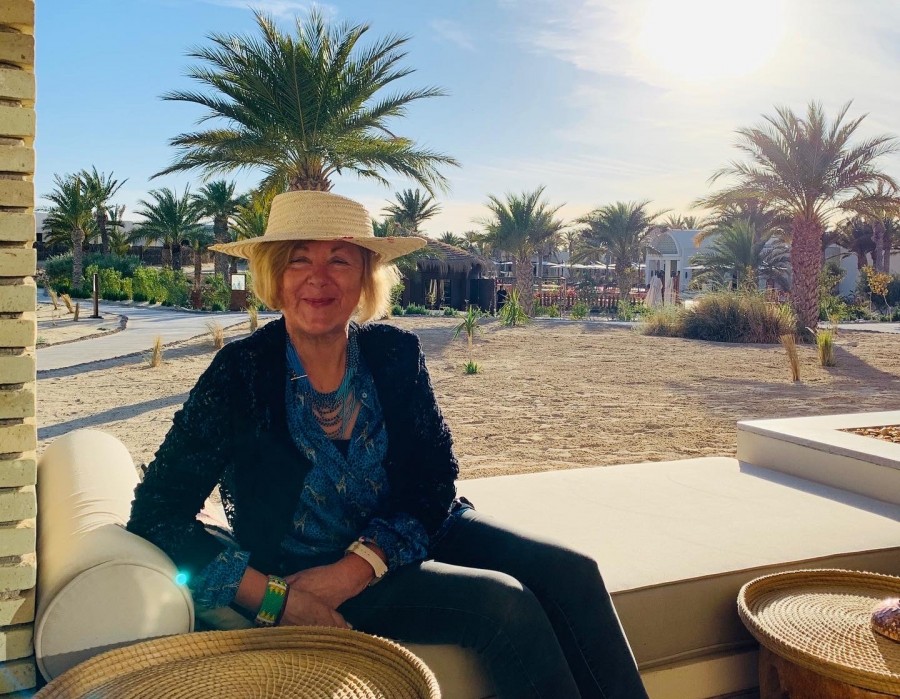 Our ‘last supper’ at Anantara was a Berber feast of local dishes served under the stars in an open tent covered with goatskins where we sat on low cushions facing the vast silent desert. One of Tunisia’s delights, apart from admiring historic treasures and haggling for beautiful textiles, pottery and rugs, is a cuisine influenced by the Berber culture and French colonial heritage.

Powerful spices and locally sourced meat and vegetables took centre stage during our typical Tunisian dinner in the resort’s cultural village section.  After a few pre-dinner gin fizz cocktails I helped myself to an over large dollop of fiery red harissa made from hot chilis I had heaped on to the crusty bread.

The famous brik, a unique Tunisian dish of a triangular-shaped envelope of crispy pastry containing a lightly cooked egg, parsley, capers and sometimes also tuna can only be properly eaten with the fingers. I was glad of the darkness when the yolk made a sudden and undignified escape down my chin.

A glance at companions showed diners also hastily grabbing napkins for a mop-up.  A typical Berber dish of lamb stewed with peppers and tomatoes served from an earthenware jar that had been cooked with coals in a hole in the sand was another delicious tender treat. Tunisian red wines accompanying dinner were excellent too. 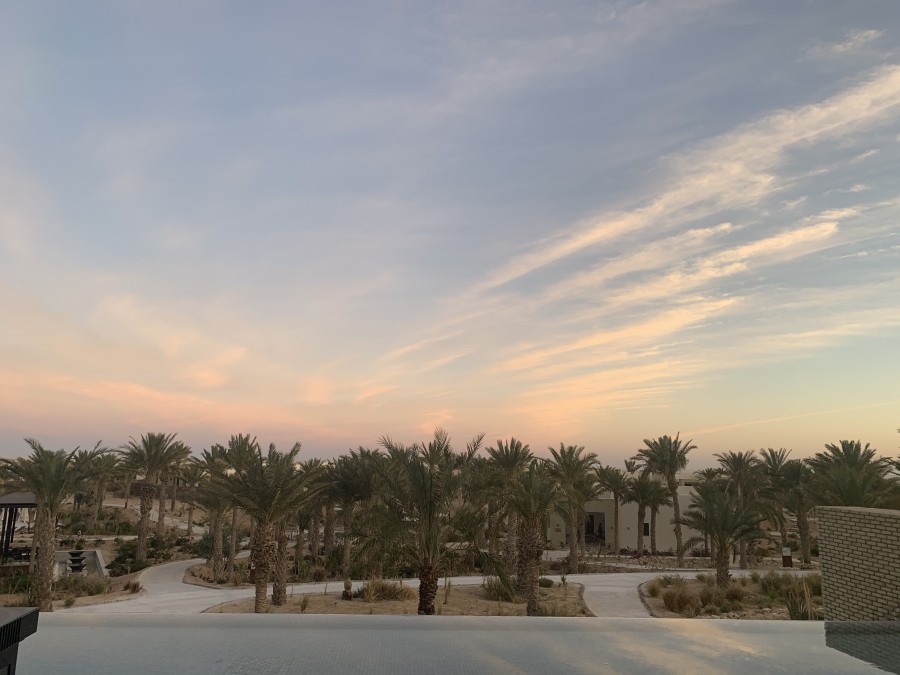 Having sampled the wellbeing and serenity of the Anantara spa, cleansing body and mind, we were psyching up for some thrilling dune bashing and a sunrise camel trek next day, followed by a drive through the extraordinary Chott El Djerid Salt lake, said to resemble a snowfield from afar. Sadly though these adventures were not to be, due to our hasty retreat from paradise. Now, still with unfinished business in Tozeur, I intend to return one day.

Tell me more about the Anantara Tozeur Resort

The overnight lead in rate has now been reduced to $250 per night including an extensive buffet breakfast, double occupancy de-luxe room. Packages which include tours and Berber experiences are also available on its website. 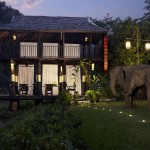 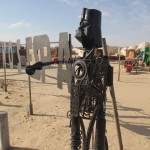 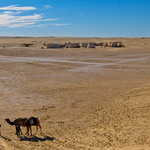