Israel’s Carmel Forest Spa Resort, set in a national forest close to the country’s third city, Haifa, has taken on a challenge. It has set out to dispense relief to the stressed and demanding residents of one of the most dynamic nations on earth. But it has done so with relish since the late 1990’s to become the nation’s top wellness resort.

The “caring touch” ethos at the heart of this spa reflects its history as a centre of emotional healing. Although it looks every inch the purpose-built luxury hotel, it started life in 1968 as a sanatorium for Holocaust survivors. For 24 years the German government paid for those who lived in Israel to holiday there with their families.   The therapeutic benefits of the uniquely beautiful site high above the ocean were not lost on the developer who acquired the modernist building in 1992 when survivor numbers were dwindling. He saw the heart-stopping setting, high above the Mediterranean in a national forest in the country’s green northern half, as ideal for a spa.

The treatment rooms, which include two large suites for couples, operate 7 days a week and sit on the lowest of six tiered floors which jut out towards the ocean. Beneath sits a beautiful garden with one of Israel’s largest and loveliest outdoor swimming pools.   The spa floor itself houses a huge, glass-walled indoor pool overlooking the ocean, indoor and outdoor Jacuzzis, a Turkish hammam, hairdressing salon and spa shop, as well as the 28 multi-purpose treatment rooms.   Activities on offer include yoga, Pilates, tai chi, guided walks, cycling, tennis, aerobics, dance classes, drumming workshops and guided meditation involving the use of vibrating Tibetan bells.

At fourth floor level sits a restaurant whose spa cuisine is legendary. Freshly-squeezed carrot, as well as orange, juice is a highlight of the breakfast buffet and sublime cold tables groaning with superb salads, dressings and accoutrements form the starting points of all three meals.

Main courses at dinner show off gourmet lean cuisine at its best – salmon wrapped in seaweed and served with wasabi-seasoned vegetables is a specialty. But desserts like melting hot chocolate soufflé served with halvah sorbet are not intended tor dieters, for whom n expert nutritionist is on hand to prescribe permissible dishes from the extensive menu. Special five- and seven-day programmes for dieters are available.

Down in the treatment rooms, nearly three dozen different massages are available, of which at least three are signature treatments which showcase the healing touch ethos. There was a sense, during the entire 75 minutes of my Carmel Forest Massage, intended to reduce emotional as well as muscular tension with long, soothing strokes, of both hands never leaving the body, and an equally caring touch was demonstrated by the French therapist who gave a Decleor facial.

A second signature body treatment involves the use of cold marble as well as warm basalt stones, a four-hands massage named for the Millennium is a third, while the fourth of those developed in-spa combines conventional Swedish massage with the laying on of hot towels.

Apart from the big fluffy bathrobes and private roof gardens, many overlooking the Mediterranean, which lead off the rooms, one big plus of this spa is the banning of mobile phones in all public areas.

Add the fabulous fresh food, the healing touch and the fact you’re less than two hours from the international airport at Tel Aviv, and it’s no wonder that Carmel Forest has gained a reputation as one of the world’s great spas. 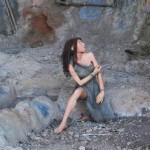 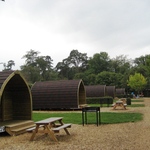 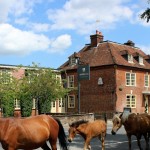