It may seem a tad extreme, but proving a point in the harshest way possible is a powerful message. And Bailey of Bristol, a family-owned manufacturer of caravans and motor homes, seems to have cornered the market on proving the durability of its products.

This time round, Bailey swapped + 30 for – 30 in a bold Arctic adventure that tested their vehicles’ endurance even further. 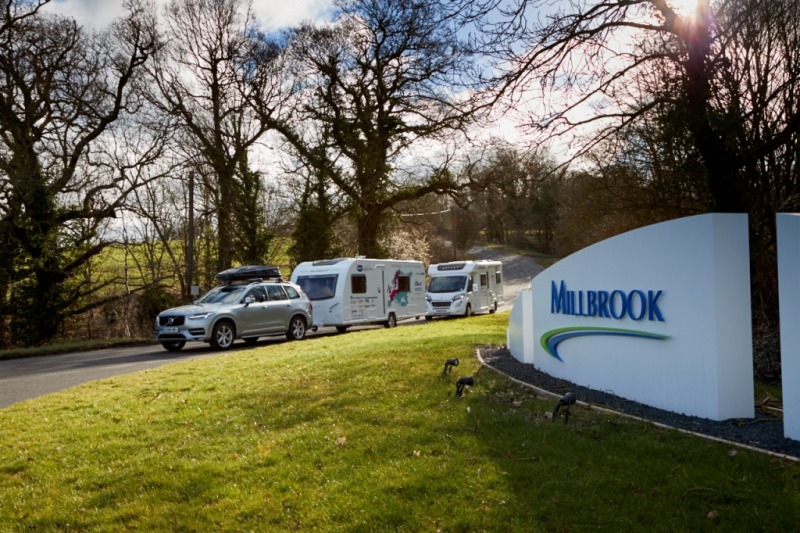 With 5,000 miles ahead of them, a team pulling two Pursuit series caravans and an Autograph series motorhome drove across Europe from England to the Arctic Circle and back. 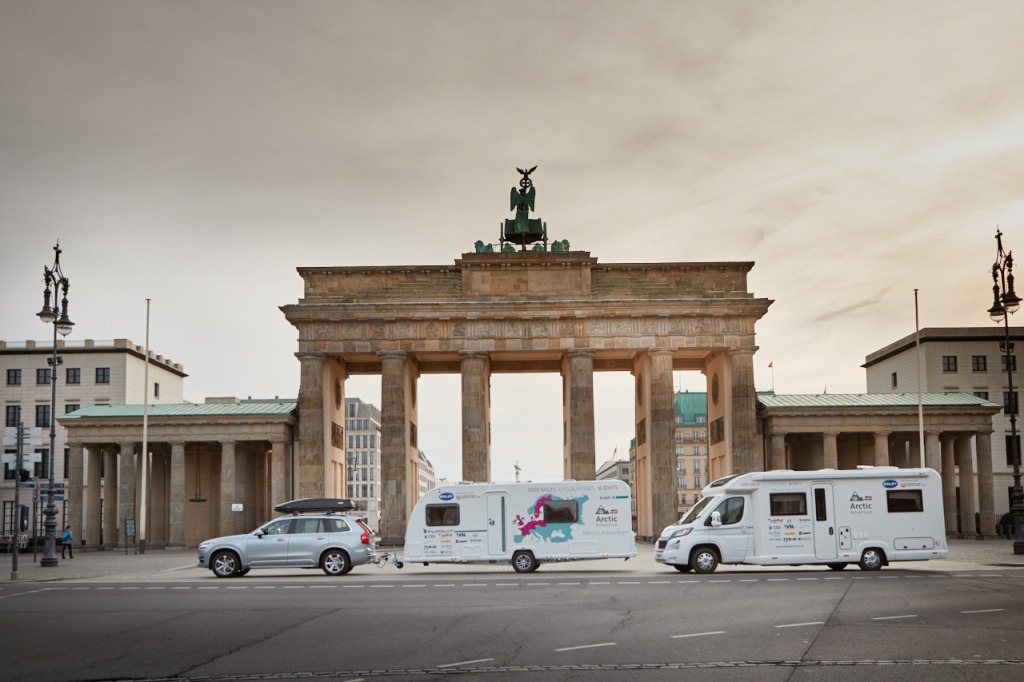 Some 180 miles inside the Arctic Circle.

As the team members closed in on their arctic destination, I joined them in Oulu to share  in  their arctic adventure for a few days. Finland’s northernmost city is perhaps better known for hosting the annual Air Guitar World Championships and as the home of 2016 X Factor finalist Saara Aalto. Perhaps that was why there was no milling throng to greet us as the convoy rolled in. 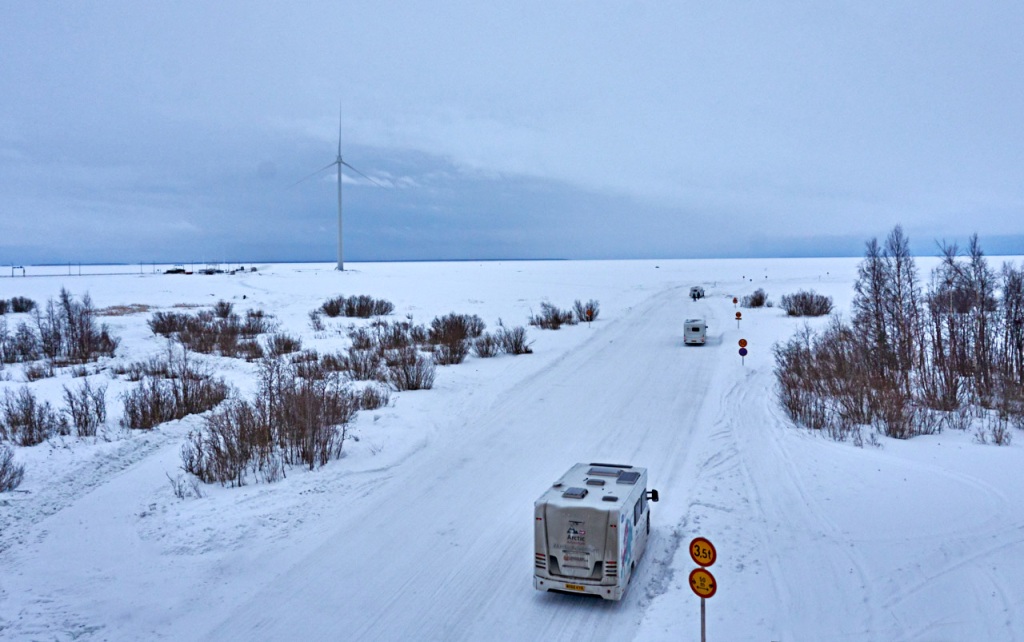 The vans looked remarkably unscathed (albeit a lot less pristine than when they set off) as we met up on the outskirts of Oulu on a cold crisp morning. Today, we were riding the Ice Road, one of the longest in Finland at nearly 9 kilometres, joining Oulunsalo with Haliluoto Island across the Bothnian Sea which freezes over in winter for anything between 2 weeks and 3 months depending on the weather.

“There is 3.5 ton weight limit”  Bailey’s co-owner Simon Howard told me casually as we trundled on to it.

“err, what’s our weight then Simon?”  I asked as casually as possible, while glancing at the sat nav which had no discernible land mass on it and was completely blue. 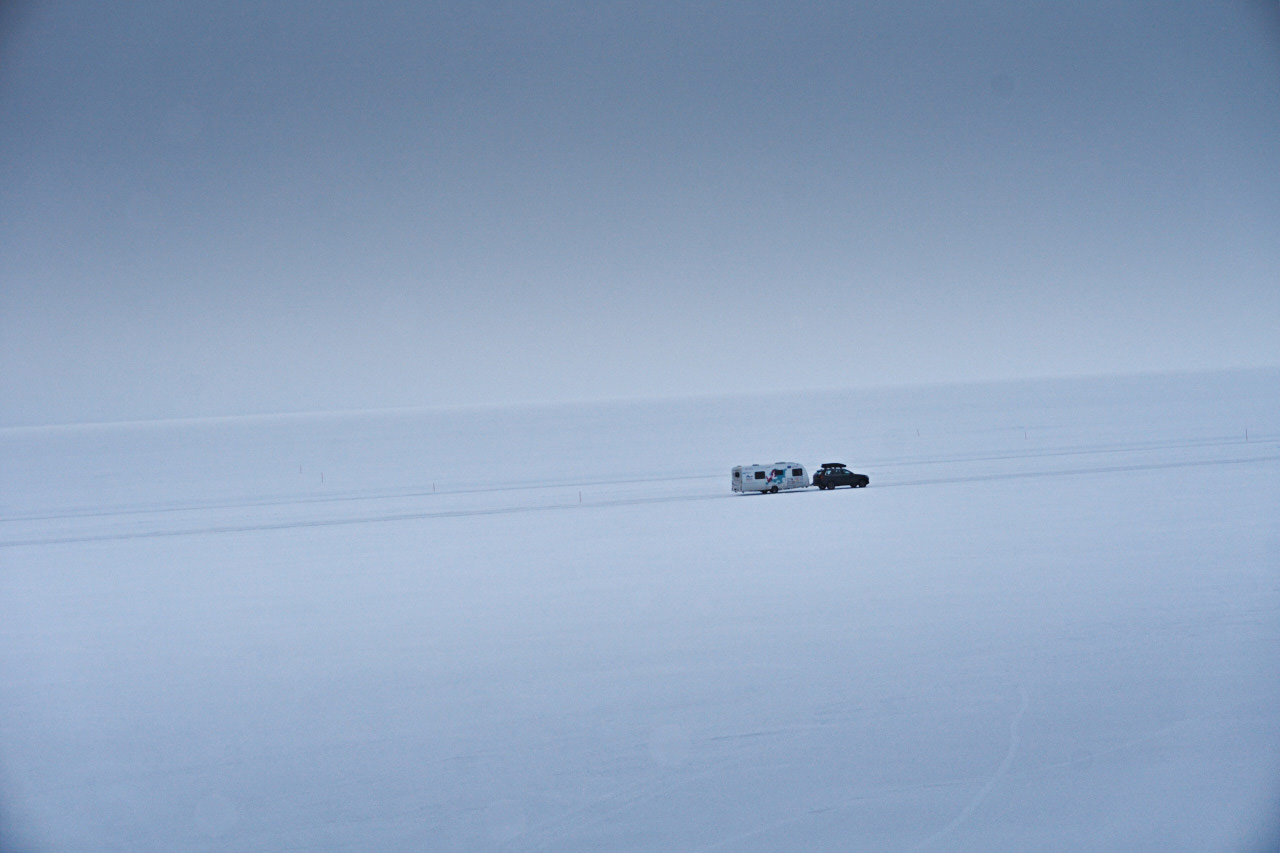 Just to add to my growing unease, an ice breaking ferry was setting off to the right of us on its way across to the same island. I wasn’t too up on the tensile strength of ice and how much distance was safe from an ice breaking giant ferry, but it seemed pretty close to me.

Don’t expect this road to be a smooth glass-like highway, it was more like trundling over a muddy field in the height of summer, full of bumps and ridges. Those 3.5 tons kept coming into my head as I felt the van bump over another ridge.

With the sat nav still very confused and desperately trying to find a way of recalculating, we thankfully reached the other end without sinking.

“Which way from here then Simon?”

Back on firmer land, we drove north and the Arctic Circle was drawing ever closer.

We camped overnight at the Ranua Wild Life Park deep in the Lappish wilderness surrounded by woodland and over 50 Arctic animal species including polar bears. Plenty of unbridled howling was a constant night-time companion. 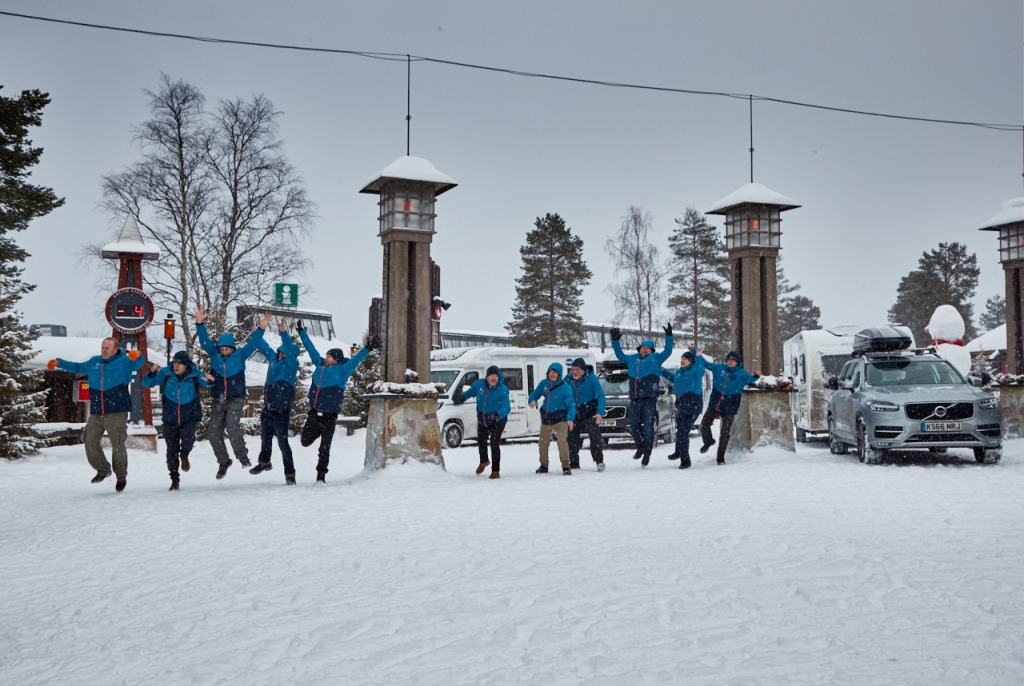 The Bailey team got an exclusive audience with Santa and I found myself perched within ear shot.

“Cold?” he answered between guffaws,.”You should have been here last month, it was -35!” 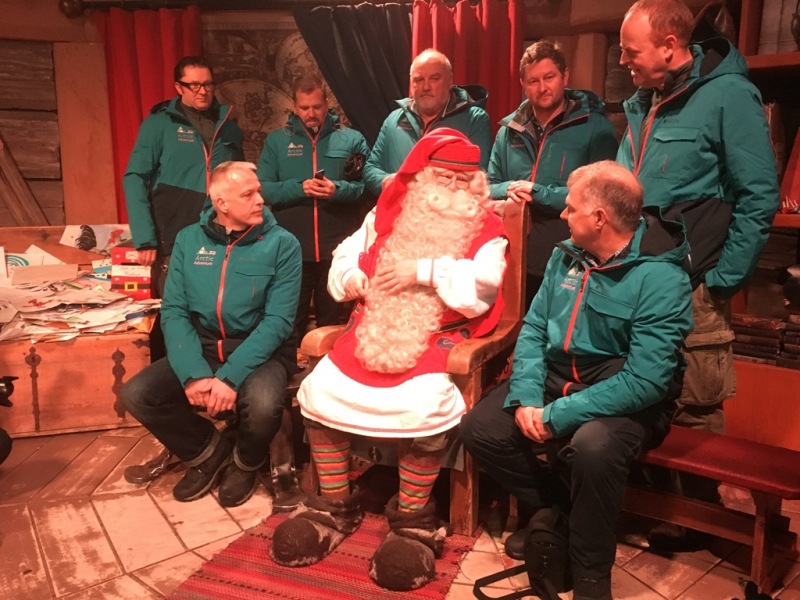 Having crossed the Arctic Circle, it took two more hours of driving until the convoy triumphantly drove into Ivalo. Eight days on the road and it was journey’s end.

At least for the outward leg..

There was a real sense of achievement from the Bailey team, and with three days to rest and recuperate before turning back for home, they properly let their hair down that night. 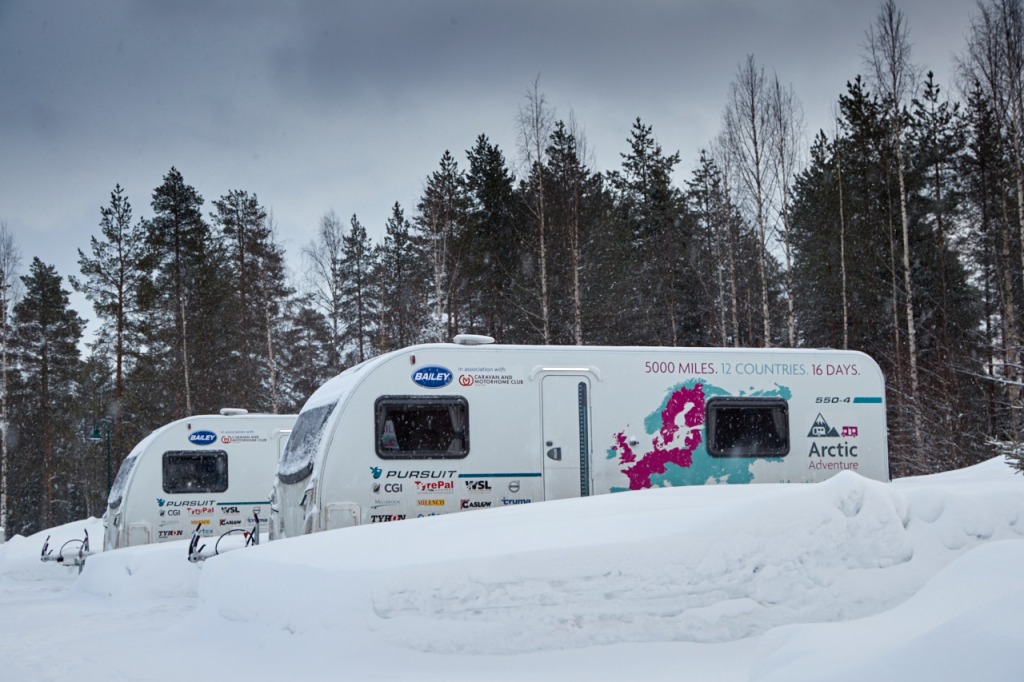 Millbrook Test World in Ivalo is nearly 2,000 acres of world-class automotive test tracks where vehicle and tyre performance is scrutinised in winter conditions. The Bailey vans were put through a series of braking tests, and though they had endured eight days of vigorous driving across Europe, passed with flying colours. 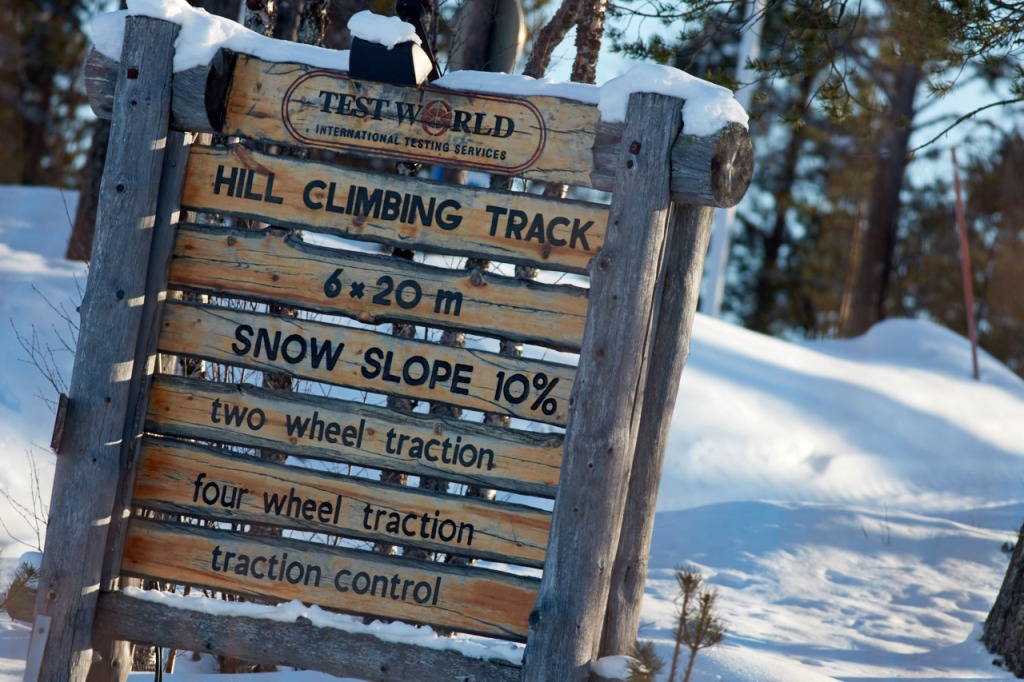 That was a pretty impressive result and a proud moment for a thoroughly British family owned manufacturer.

It had been an epic few days for me, and as I left for Ivalo airport with the team goodbyes still ringing in my ears, I wondered what other adventures lay in wait for them on their journey back.

Northern Finland’s beautiful yet harsh environment is a worthy way to prove a point.

I would say point proved chaps.

Tell me more about the Bailey Arctic Adventure

The Bailey Arctic Adventure was conceived in association with the Caravan and Motorhome Club, to prove that Bailey leisure vehicles (either a touring caravan or a motorhome) are a perfect base, in any season, to enjoy outdoor leisure pursuits.

About Bailey of Bristol

A manufacturer of caravans and motorhomes, this family owned business has been producing vehicles in south Bristol for nearly 70 years. All Bailey of Bristol vehicles are built using the company’s patented Alu-Tech construction system to make them more durable, robust and lighter than those using conventional materials.

As a result, the Finland vehicles received no additional protection other than extra insulation for the waste pipes and gas bottle locker. 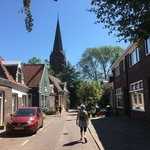 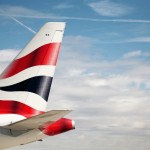 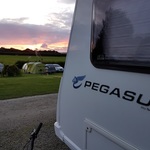