APH Meet and Greet Parking. Airport parking without the headaches

17/11/2013This entry was posted in Trip Gear Reports, United Kingdom and tagged meet and greet parking review on 17 November 2013 by Andy Mossack.

APH Meet and Greet parking has a lot to answer for.The call came out of the blue and totally unexpectedly. Mind you, at 5am on route to Luton airport, the last thing I was expecting was a phone call, so I feared the worst.

It turned out to be just the opposite thankfully.  It was APH parking just checking where I was and to let me know my meet and greet driver was waiting for me at the terminal drop off point. Not only was this music to my ears, it was one less thing I had to worry about on this trip. This is the thing, flying is fraught with issues: will I get to the airport in time? How long will parking take? Will the flight be delayed?  Then there’s the return journey, coming home late at night and exhausted: Will my bags go missing? How long will I have to wait for the car park bus?

We’ve all been there.

An airport meet and greet parking service takes away some of these stress points and is well worth forking out the extra cost on top of your normal parking charges.

APH operates car parks at Gatwick and Manchester as well as partnering up with third party operators for most other airports around the UK, including Heathrow, Stansted and Luton.

So, having been told my driver was waiting for me, I cruised into Luton’s short stay car park and there he was, suited and booted, with his APH clipboard at the ready. It took less than three minutes, to get my bags out, hand over my key and sign a form (which also contains my return flight time and an APH contact number)  before I was striding through the terminal doors on my way to check in. Lovely.

My return journey was a disaster. I had a six hour delay, an endless line at passport control and my bags took an eternity to arrive. As usual, when things go wrong, you think the whole world is conspiring against you. So, with a weary sigh, I finally collected my bags and mentally prepared myself for the next inevitable hurdle as I called APH to let them know I had arrived back so my car could be delivered to me at the terminal.

It was, I have to say, the one bright point in an otherwise instantly forgettable day. Just hearing the words “ Your car is already waiting for you outside sir” was enough to make my day suddenly that much brighter. APH monitors your return flight to prepare for any delays, so thankfully my nightmare return had been well documented. Nice to know other people were sharing my pain. Not that my fellow passengers had any respite, they were still waiting in line at the car park bus stop waiting to get a lift back to their cars as I breezed past on the way to my waiting car.

A quick release signature and i was on my way home to unwind with a very large drink.

Take the hassle out of airport parking with APH’s Meet and Greet service. It does make a world of difference.

The APH Meet and Greet Service starts from £91.95 for one week parking. 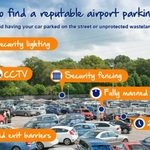 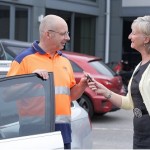 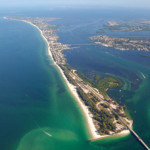 Anna Maria Island. It’s like the Caribbean without the cost.