The travel industry has welcomed this move which has long been seen as completely unfair and uncompetitive.

A Virgin Atlantic spokesperson commented: “A two band APD rate is a very welcome simplification to remove some of the biggest distortions of the current system, which the Chancellor himself admitted is crazy and unjust. The Government has rightly recognised the damage APD is having on exporters and the travelling public alike.

“A tax system which penalised high growth emerging economies such as China and India was always contrary to the Government’s stated policy on trade and exports, so this is a positive step that recognises the impact of this economically damaging tax.

“There is a growing body of evidence demonstrating the huge economic benefits to the UK of reducing or abolishing APD and we hope that the Government will continue to go further in the long run.”

Similarly, the Caribbean Tourist Association Chairman, Beverly Nicholson-Doty said: “This is a complete victory for the Caribbean, which, led by the CTO, has been lobbying against the unfair system which charged a higher rate of APD on flights to Barbados than Hawaii and placed the United States at a competitive advantage, We are delighted that the Chancellor has finally accepted the Caribbean’s proposal made in November 2010 to return to the simpler and fairer two band system.”

For the full report go to : https://www.gov.uk/government/publications/air-passenger-duty-banding-reform 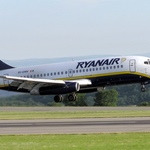