Sydney has its delights with stunning iconic buildings and unspoilt sandy beaches, but how easy is it to find its hidden secrets? Too easy, as Keith Lyons find out.

There were two things I was looking forward to seeing again on my return to Australia’s largest city: its bridge and its performance hall. With my fellow Kiwi art voyeur and design aficionado John we included in our itinerary some of the main art galleries, but once we hit the ground at Sydney’s Kingsford Smith Airport, we sought advice from locals to experience the real Sydney, beyond the tourist must-sees.

After a hearty, healthy breakfast in the retro gem of Little Lord café in Camperdown, and a walk through the lush gardens at Acre Eatery where an old lawn bowls green has been turned into an organic garden, fueled up with coffee, we set off to White Rabbit Gallery (10am-5pm, Wednesday to Sunday, free, 30 Balfour St, not far from Central Station in Chippendale. 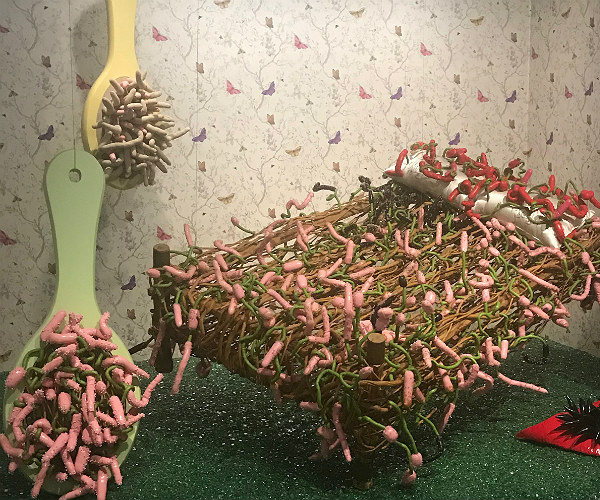 A private, charitable trust gallery in a former Rolls-Royce service depot, this has one of the finest collections worldwide of Chinese contemporary art, with exhibitions changed every six months showcasing some of the thousands of artworks made after the turn of this century. The gallery’s four floors are full of fascinating, thought-provoking art, and for some parts, there are trigger warnings about the content. You can regain your equilibrium at the street-level café, where freshly-made steamed dumplings are on offer, as well as some cookies, along with a wide selection of exotic Chinese teas.

We were joined by a friend from the Australian capital Canberra, a former Sydneysider, who suggested since we were on a roll and in the vicinity, we should go from the disturbing to the macabre. Just a short distance from White Rabbit Gallery is a rather ornate Gothic-style building, behind an iron palisade fence with a manicured lawn – and its own train track.# 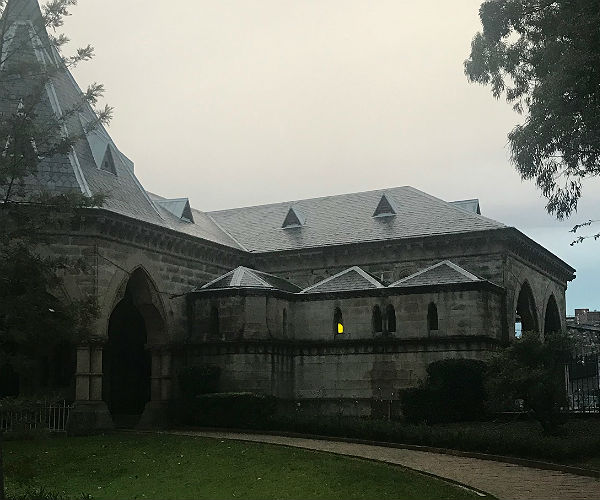 Pip told us that the chapel-like station, now known as Regent Street Railway Station, used to be the start of a 10-mile journey to western Sydney, taking mourners – and the dead – to ‘Necropolis Receiving Houses’ at Rookwood Cemetery, now the largest cemetery in the Southern Hemisphere. It is said that the twice-daily service had purpose-built hearse carriages transporting up to 30 bodies at a time from Mortuary rail station’s Venetian 13thcentury morgue to their final resting place.

Closed since the Second World War, the gates of the restored building are unlocked on 1stNovember each year (the day after Halloween and the day before All Souls’ Day) as part of the Sydney Open festival, allowing visitors to venture inside to inspect the carvings of angels, cherubs and gargoyles, and speculate about the past passengers who passed through. The building can be glimpsed on your left as you pull into Central Station, or you can peek through the iron fence at the intersection of Regent and Kensington Streets. 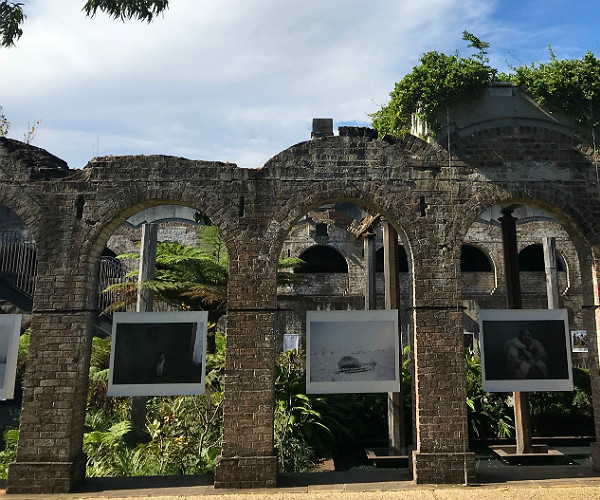 Can you get much lower than that? Pip said yes, and showed us to another hidden treasure easily missed when heading along the busy Oxford Street in fashionable Paddington, in Sydney’s inner east. Set below street level, the Paddington Reservoir Gardens (255a Oxford Street, 7am-7pm every day) is a sunken garden in a former water reservoir, with its timber, iron and brick structure intact. Tarted up with some boardwalks, ponds and vegetation, you can see why it was once hailed as a blend of ‘the ancient Baths of Caracalla in Rome and the Hanging Gardens of Babylon’.

Taking a green break, we wandered around the spacious Royal Botanic Gardens (www.rbgsyd.nsw.gov.au), stopping at the packed Botanic Gardens Restaurant for a bite to eat, on the recommendation of our Sydney born-and-bred friend Dr David, an expert on the meanings behind stories. It was at the garden café that we were introduced to the Australian White Ibis, better known as a ‘bin chicken’ for its garbage foraging. More of these birds were seen as we walked around the waterfront to that ‘can’t-take-my-eyes-off’ building, the Sydney Opera House. 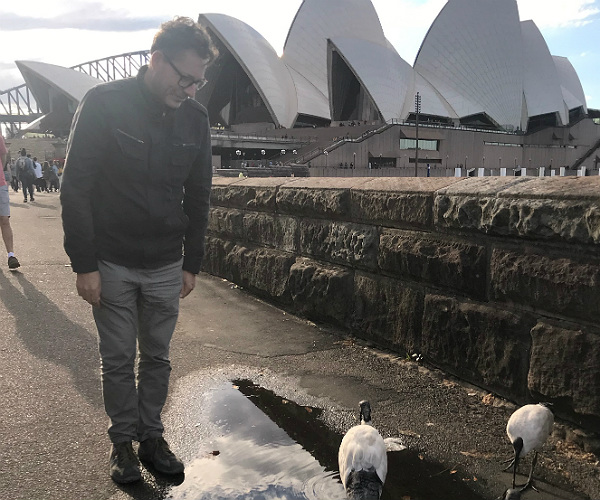 The gleaming white sail-shaped shell structure can be appreciated from the outside, but more of the story of the building comes from an informative one-hour tour (£20). With cost overruns and a lot of cursing at the time, the Danish-architect designed building is one of the most photographed in the world. Take that, you Aussie naysayers.

It is a pleasant walk from the Opera House, via some open-air waterfront bars, to the second-most beautiful object on display, Sydney Harbour Bridge. Not quite the longest, but one of the largest bridges in the world (there is a difference), the ‘Coathanger’ as it is affectionately known, has a pedestrian walkway along its 1.1km length, with opportunities to take photos and admire the steel arch structure. Barricades prevent you from jumping, but you can climb the bridge, legally, on a tethered walk to the summit (£150 for 3.5 hour standard walk.

Commuter ferries ply the sparkling harbour from dawn till after dusk, including the popular ferry to Manly beach, but the magic of Sydney’s harbour is best witnessed at night when the shimmering waters reflect the twinkling lights of the impressive skyline. We went on an evening dinner cruise with the long-established Captain Cook Cruises aboard the sleek, white, multi-deck MV Sydney 2000. With window seats – most are ringside – we enjoyed complimentary bubbly and a three-course menu of contemporary Australian cuisine while gliding twice under the bridge and slowly doing a drive by the Opera House. Even better views under the stars are on offer up the stairs to the open Star Deck. 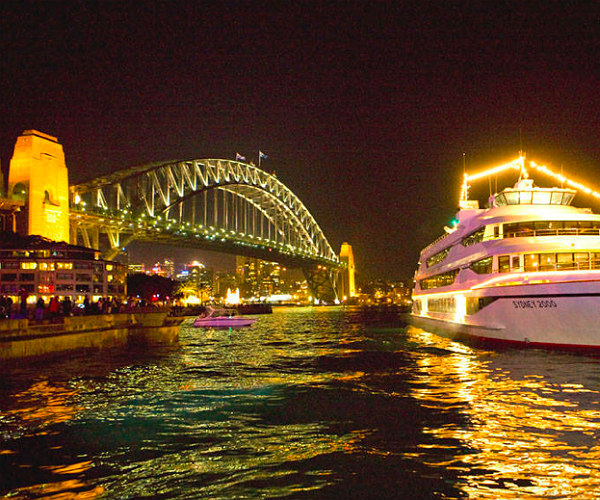 Captain Cook Cruises leave from Circular Quay and also pick up from Darling Harbour. Right next to the Circular Quay ferry terminal, in an old art deco maritime building, is the Museum of Contemporary Art Australia, offering modern art for everyone. With a newer wing added a few years ago, this central and accessible certainly pulls in the punters, with more than a million viewing shows and exhibitions each year. Open 10 am to 5 pm, apart from late 9 pm closing on Wednesday, the MCA is popular, particularly on weekends.

We finished our art crawl across the city at the Art Gallery of New South Wales (10am-5pm every day, except 10am-10pm on Wednesdays, free, Art Gallery Road, Situated near the Domain, in a classical-style building, the walls are lined with carefully curated works including Australian indigenous art, European old masters, colonial art, and modern stuff. There is a cafeteria-style eatery to raise your blood-sugar levels for the tour through the halls. 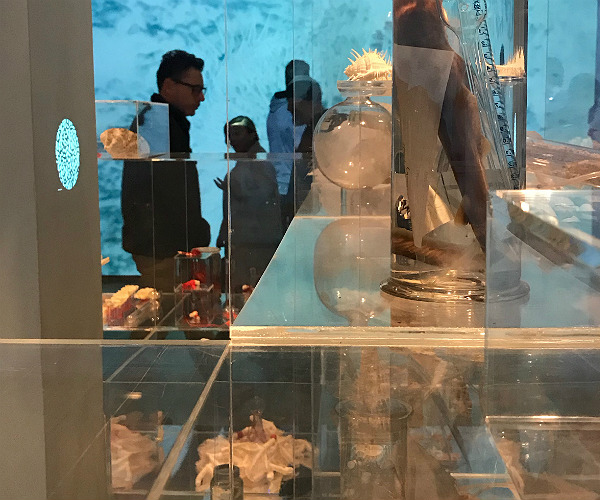 Sydney has quite a sophisticated dining scene, with lots of choice and diversity. We ate at an Ethiopian vegetarian place, Alem’s House in Camperdown one night, went a bit traditional old school at The Dining Room in Sir Stamford Hotel and in our quest for retro met up for breakfast in Sydney’s original Little Italy at the neighbourly Bill and Toni’s (72-74 Stanley Street, where 1965-era family recipes have been passed onto a new owner.

Following the advice from several Sydney insider’s, we headed across to Darling Harbour, wherein a converted wool store, the ground floor lobby bar and restaurant of Ovolo 1888 boutique hotel served up what proved to be our best meal of our trip. Mister Percy (139 Murray St, open 5pm-11pm every day} is named after a wool classer (and drinker) who worked at the former store and even wrote his name on one of the timbers. A little off-beat, but stylish, the chic wine bar and bistro blended heritage and contemporary in a way that made guests feel welcome. The menu, featuring the best of local and imported ingredients, has an Italian-Mediterranean flavour, and the emphasis is on sharing snacks and plates while sipping on a drink or two. In my books, it is always a good sign when you have to weigh up taking another photo of the new dish in front of you, or risk missing out on your share of the delicious food. 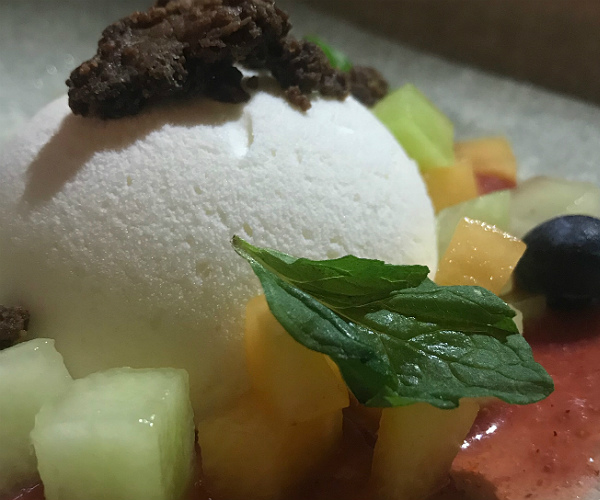 Sadly, it was already booked out as we would have loved to stay at The Ovolo 1888  but instead stayed on the same street as the 5-star Shangri-La Hotel, and close to the top-rated Park Hyatt, at a youth hostel. Yes, you saw it correctly. There’s only one youth hostel or backpackers that enjoys a harbour view location, above The Rocks historic precinct, right next to the Sydney Harbour Bridge. Many of the rooms look across to the Opera House at the Sydney Harbour YHA – The Rocks (110 Cumberland St, from £20 to £80 a night). More like a flash quality budget hotel, Sydney Harbour YHA has all the facilities you could ask for – ensuite, wi-fi, air-con, a fully decked out kitchen, and cafe – as well as some features which make it great, including a rooftop terrace, a regular schedule of daily activities, free walks, themed meals and events, and friendly, helpful staff. The new building sits on top and above Australia’s largest urban archaeology site, the Big Dig, where remnants of colonial Sydney are still being unearthed. Adding to the heritage conservation and feel-good factor is the YHA’s commitment to environmental sustainability, which sees guests use 25% less energy, and as much as half the water compared to other Sydney guests. 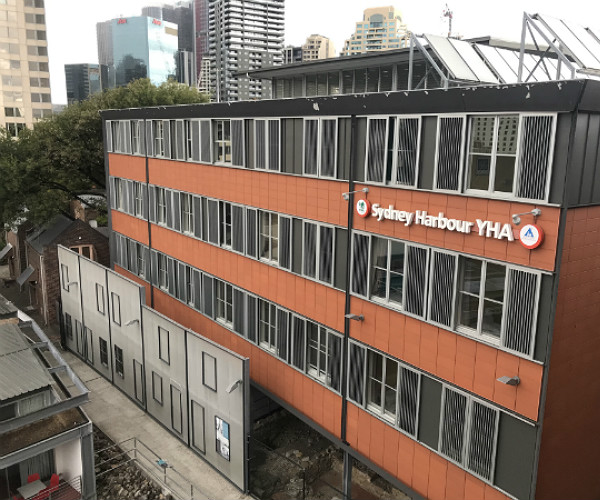 The central location of Sydney Harbour YHA means you save on travel time and costs. Getting around Sydney with its vibrant cultural scene and cosmopolitan makeup is easy, with pedestrian-friendly streets, buses, trains and taxis such as Uber and Ola. There is a train direct from the airport into the CBD, and from May 2019, a new metro system of fast, high-frequency driverless trains. Get an Opal card (transportnsw.info/tickets-opal/opal), or just use your paywave card.

Tell me more about Sydney’s off-beat side

You can find more information to help plan your visit at Sydney’s official travel website, or you can get 10% off your first booking plus £11 cash back at booking.com

There are many airlines operating daily between London and Sydney, with brief refuels or stop-overs, and soon it might be possible to fly direct non-stop with Qantas. Fares from London start at around £700 return (economy) and £2,000 premium economy. 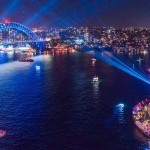 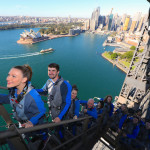 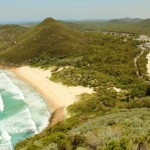