Solange Hando takes us on a tour of  Reunion Island, a unique hotspot in the Indian Ocean.

Border control in record time and there we were on Reunion Island, French and EU flags fluttering in the afternoon breeze. Little more than a speck in the Indian Ocean, between Madagascar and Mauritius, this is a French department and as such, the furthest corner of the European Union. Though Créole is widely spoken, French is the official language and I felt almost at home as we set off for St Gilles on the west coast. But what was this? Great pylons rising from the water, some connected, others waiting for their turn?

‘It’s a highway over the sea,’ said Jaya,’12 km long, nearly finished. Reunion’s a hot spot, landslides, rock falls, the coastal road can get blocked. We’ll be fine today but the new highway will be safer.’

Well, I seemed to go from one surprise to the next and on this island, a mere 63 X 45 km, there would be plenty more. 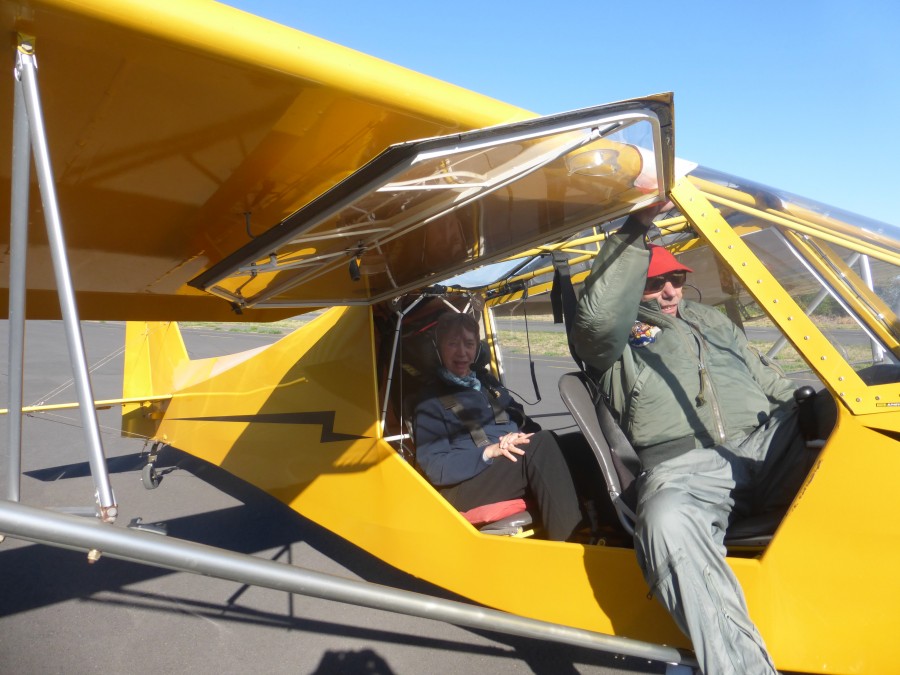 ‘Three days and you want to see it all? The only way is by air but all helicopter rides are booked for a week… Now, let me see, how about a microlight? Early morning, before the wind starts to rise and it gets bumpy…Pick you up at 5.00 am?’

I hardly slept that night,  new experience, fear and excitement all in one, what more could you want?

At least it looked like a plane, plastic screens for windows and door and just enough space to squeeze behind the pilot, no bags please, belt as tight as you can but make sure you can breathe…So we were off at first light, a 90-minute flight up to over 3,000 metres – warm clothes essential- with a couple of ‘normal’ bumps when you dip through mountain passes. Rugged, lush, so close to the coast, it was mind-blowing right from the start.

‘Can we open the window?’ 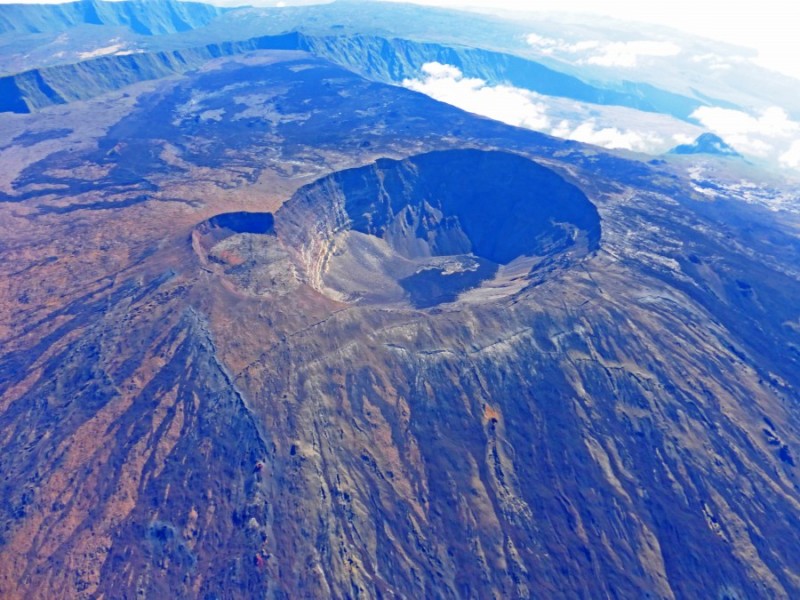 Wow, there were ravines and gorges, precipitous cliffs, rocky peaks and volcanic cirques, here a River of Pebbles, there a Big Lake,  the Iron Hole ringed by waterfalls, Piton des Neiges, the highest peak, named after rare snowfalls.

Much of it amazingly luxuriant and green until you reach the moonscape of Plaine des Sables and Piton de la Fournaise, the Furnace Peak, in the south-east. Erupting every few months, it’s one of the world’s most active volcanoes and although the fluid lava is usually contained within the caldera, it can reach the sea.

Fortunately, it was quiet that day so we could fly right over the crater, a forbidding place which sends shivers down your spine. Then it was back to the base, coming down so close to the water I thought we’d miss the runway. But all was well and I recovered over a scrumptious breakfast in the luxury hotel by the beach.

Down By The Sea 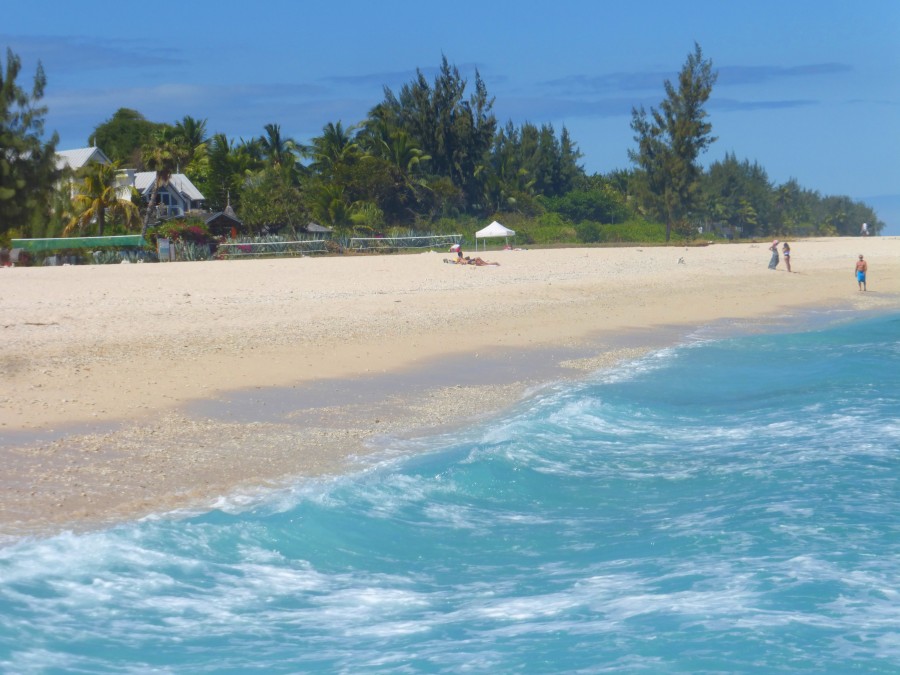 St Gilles is a lovely place, the St Tropez of Reunion, they say, with a gleaming marina and waterways, an eerie black rock beach and outdoor cafes draped in bougainvillaea.  It’s popular for surfing, whale watching in season, fishing and coral diving. Beyond the harbour, the vast sweeping sands looked almost Caribbean but the market was so tempting, spices, avocados almost the size of footballs, chocolate, vanilla strands, followed by lunch on ‘chouchou à la crème‘, the ‘darling cabbage’ you simply have to try. I bought geranium biscuits, just in case, before heading along the coast to a thundering blowhole where the sea crashed through volcanic cliffs and rocks. 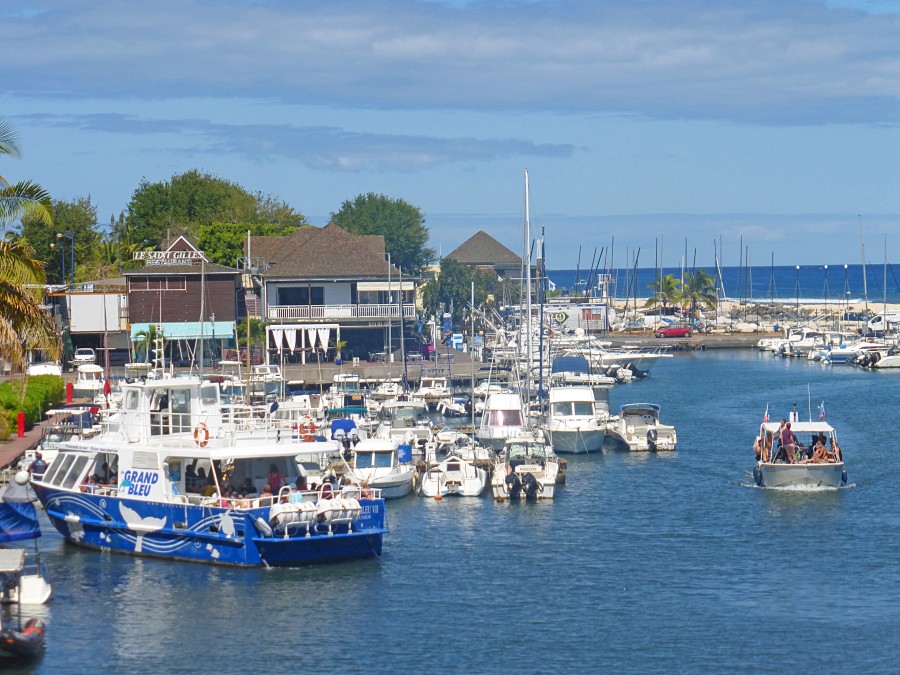 With its lagoon and beaches, the west coast attracts visitors and locals alike but there’s a coastal road all around the island, windswept and wild in places, dotted with pretty resorts and créole villages rich in colour and traditions. Labourers from Madagascar and beyond were brought in by the French, the original settlers in the uninhabited island they called  ‘Bourbon’ after the French Royal House, renamed Reunion during the late 18th century Revolution.  Only one road crosses the island, on the high bucolic plains linking the east and south-west coasts, otherwise, it’s all twists and turns, steep slopes and vertiginous views as you tackle the mountainous interior. 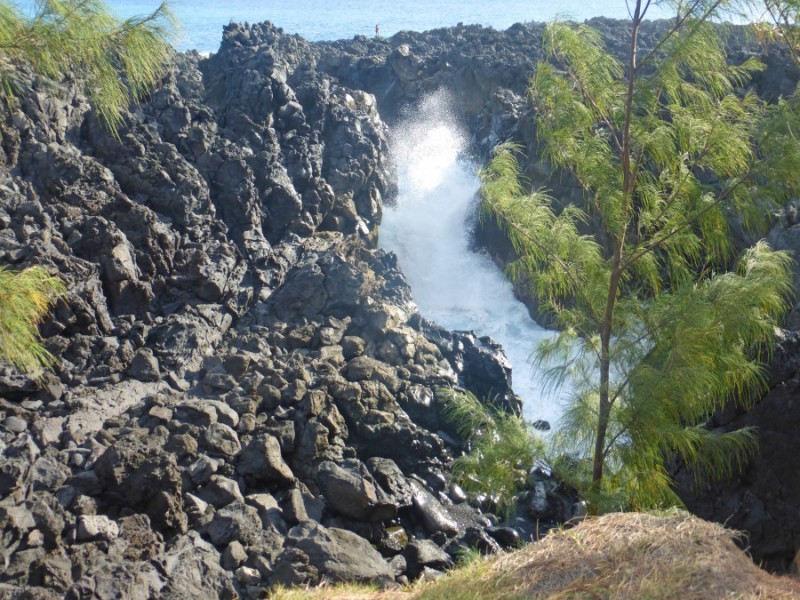 Up there, the National Park covers 42% of the island (75% with the buffer zone), its central core and four adjoining areas listed by UNESCO. Birds, some 90 species including the endemic tuit-tuit and cuckoo shrike, flying foxes, butterflies, the brightly-coloured day gecko, you never know what you might see. It’s the great outdoors, a place to enjoy the stunning scenery and clear mountain air though if you like to be active, there’s canoeing, rafting, canyoning, horse riding, trekking and more. Villages and hamlets add a human touch while some 900 km of trails wander around volcanic fields, farmland, forests, peaks and three amazing cirques.  Mafate has no road but go on foot or ride a donkey and you’ll meet locals and artists who made it their home, away from it all. Salazie is fertile and green, claiming the ‘most beautiful village’ of Hell-Bourg, while Cilaos is a popular excursion from the tourist coast. 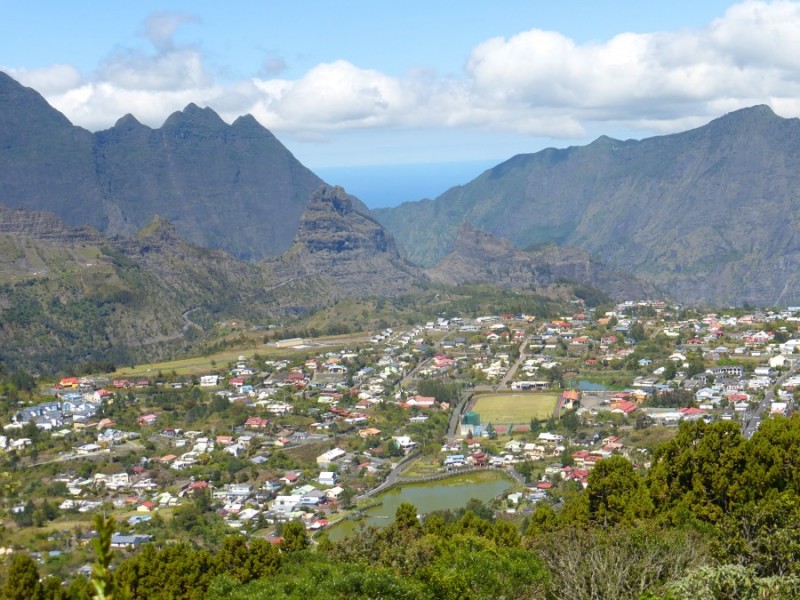 This is a must-do, towering cliffs, precipices switchbacks and tunnels, let someone do the driving then sit back and enjoy. Framed by wooded slopes topped by barren cliffs, at over 1200 metres, Cilaos is a small mountain resort nestling inside the caldera, full of charm with a blue and white church and lanes draped in wisteria, bottle brush and camelia. Walk up to the Rock of Wonders (beware, that’s a fertility spot!) and be bowled over by the views from the roofs of Cilaos mirrored in an emerald lake to mountains and peaks, including Piton des Neiges -a challenging hike from Cilaos- and the ocean glistening silvery blue on the horizon. 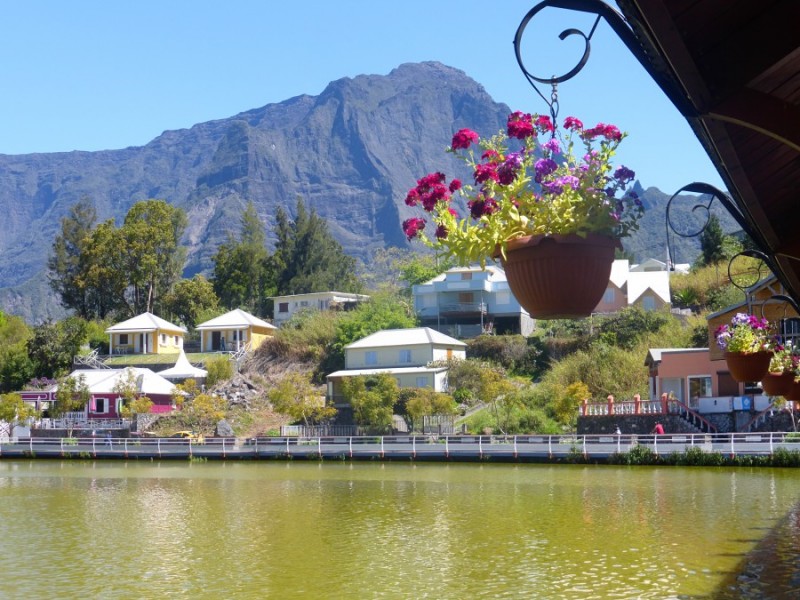 Location aside, Cilaos has two claims to fame, its stylish embroidery transmitted by nuns for over 100 years and gastronomy, lentils, pumpkin, sweet potato cake, to name just a few, served with Cilaos wine, red or white, and to celebrate the island’s sugar cane, a tot of rum flavoured with loquat.

I didn’t want to leave but down by the hotel, Hermitage Beach greeted us back with a glorious sunset over the Indian Ocean.

Tell Me More About Reunion Island

Microlight over the island

Reunion Tourism for more information on the island 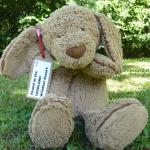 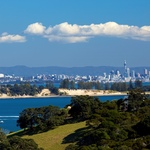 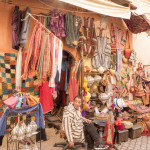