Donald Trump is being pulled along by three Mexicans. A throng of burning crosses carve a path through the night. Flaming torch bearers chanting strange incantations pass by too close for comfort. Is this a scene from The Wicker Man? Have I stumbled onto a movie set or perhaps I’m simply hallucinating.  Such thoughts are not out of place, because this is the annual Lewes Bonfire Night Parade, it is very real and I am right in the middle of it.

New Orleans may well have its Mardi Gras and Rio its carnival but make no mistake,  this sleepy little Sussex town wakes up every November 5th for the Lewes Bonfire Night Parade  and in this little corner of England, nothing is more important.

At 5pm the roads in and out of Lewes are closed.  The population of just 17,000 starts to swell and soon, close to 40,000 visitors will squeeze themselves into this ancient town for the biggest Bonfire Night parade in the UK. Nearly 4,500 members from the seven Lewes bonfire societies will march through Lewes in elaborate costumes pulling effigies of the World’s popular hate figures which will ultimately end up on the bonfires . Last year David Cameron was featured with a rather shameless pig and previous figures to suffer a roasting have ranged from Wayne Rooney to Syrian President Bashar al-Assad. 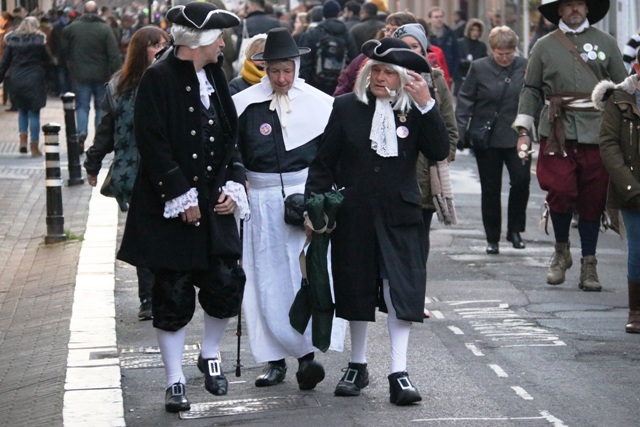 Lewes has held the event annually since 1858 remembering not just Guy Fawkes’ failed attempt at blowing up the government in 1605 but more significantly the seventeen Protestant martyrs burned at the stake outside the Star Inn (now the Town Hall) during the reign of staunch Catholic Queen Mary.

My ears ring from firecrackers being tossed into the road by marchers just feet from where I am standing. The shock waves of an ‘industrial’ strength explosive rattles my teeth as it’s randomly dropped despite the paraders tugging metal bins as suggested depositories as a gentle nod to health and safety. 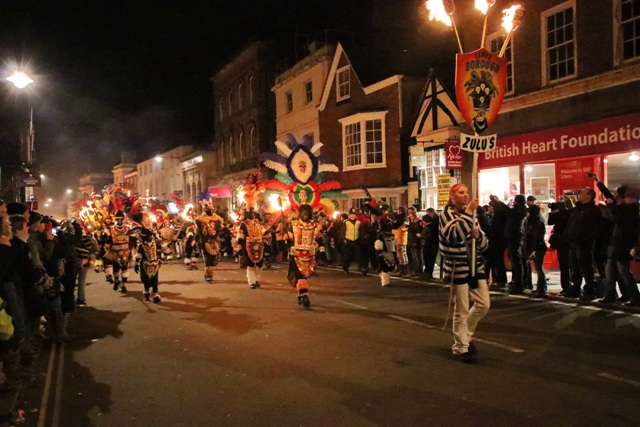 The costumes are impressive. From Native Americans to the questionable blacked out faces of Zulus.  More historical effigies pass by, Guy Fawkes is popular of course,  but so is the controversial Pope Paul V who became head of the Roman Catholic Church in 1605. 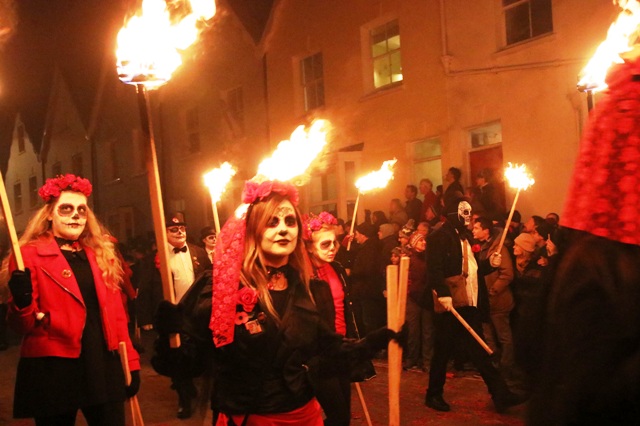 Burning barrels are also passing me as the parade descends down past the martyr’s memorial and to the town centre where the barrels are tossed into the river Ouse.

Although the parade has been part of Lewes history for close to 160 years, bonfires and fireworks have been around here since 1679.  The act of tossing the tar barrels into the river is said to symbolise the throwing of the magistrates into the river after they read the Riot Act to the bonfire boys in 1847.

By 10 pm the parades are just about over and the various societies gather at their positions for the festival climax. The lighting of the bonfires, burning the effigies and firework displays.

I have a perfect view from the top of a beautiful Georgian house near the centre of town where the glow from all the fires is clearly visible.  Each society is clearly trying to outdo the other with their displays and I run from one room to another trying to keep up. 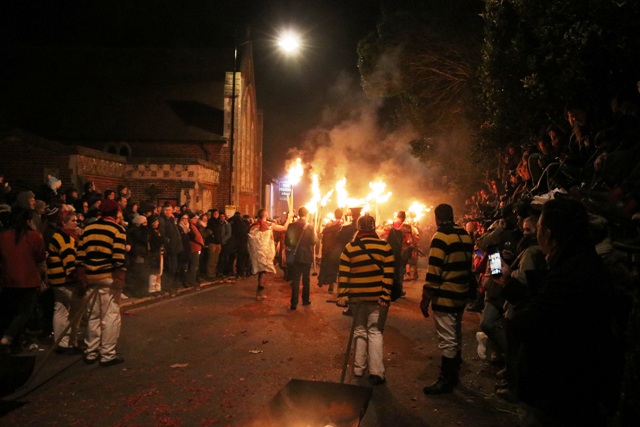 There are many in the powers that be who would prefer to see this historic event curtailed or even banned because of the risk of injury. This year the injury toll is 80 people. However, Lewesians still have an anarchic side and I get a strong feeling that the seventeen martyrs live on in more than spirit. The unofficial motto of this part of Sussex is ‘wun’t be druv’ meaning ‘we will not be driven’

Morning dawns and walking through the once again clean and tidy streets it was as if last night was all a dream. The Lewes Bonfire Night Parade is an event which will resonate in my memory (and my ears) as one the most surprising spectacles I have witnessed.

Despite continued efforts to curtail this extraordinary event, the Lewes bonfire societies are more than a force to be reckoned with.

I suspect this event will continue to ignite the flames of controversy for many years to come and that the anarchic side of this sleepy Sussex town will doubtless prevail.

Tell me more about the The Lewes Bonfire Night Parade 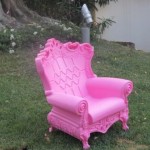 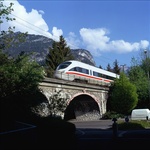 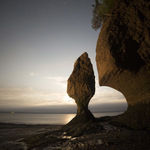