Australia’s national airline is set to make aviation history in March 2018 when its 787 Dreamliner takes off towards the UK as Qantas flies nonstop from Perth to London on the longest Dreamliner flight in the world.

The service will be the first regular passenger service to directly link Australia with Europe and Qantas Group CEO Alan Joyce said the history-making route would be a watershed for travel, tourism and trade.

“A direct flight makes travelling to Australia a much more attractive proposition to millions of people. We expect many travellers from Europe will start their time in Australia with a visit to Perth before going on to see other parts of the country.

When Qantas created the Kangaroo Route to London in 1947, it took four days and nine stops. Now it will take just 17 hours from Perth non-stop.

This is a game-changing route flown by a game-changing aircraft. Australians have never had a direct link to Europe before, so the opportunities this opens up are huge”.

Mr Joyce also added that passenger comfort on the long flight was a key consideration.

“When we designed the interior of our 787s, we wanted to make sure passengers would be comfortable on the extended missions the aircraft was capable of.

That’s why we have features in our Economy seats that other airlines reserve for Premium Economy. Our Business Suite has been nicknamed ‘mini First class’ by many of our frequent flyers. And we’re redesigning our on-board service to help reduce jetlag,” he added.

The enhanced Qantas cabin design is in addition to the comfort factors that Boeing built in to the Dreamliner – improved air quality, lower cabin noise and technology to reduce turbulence.

Seats for the Perth-London flights will go on sale in April 2017 for the first services in March 2018.

For more information on how Qantas flies nonstop From Perth to London go to www.qantas.com.au 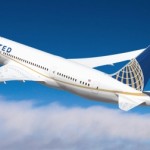 United Airlines to add nonstop route between LA and Melbourne 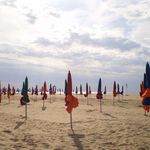