28/07/2022This entry was posted in Europe and Middle East, Gdansk, Newsletter, Poland and tagged #pomorskieprestige, #pomorskietravel on 28 July 2022 by Andy Mossack.

Gdańsk really is a Baltic beauty. There, I’ve said it.

Poland’s maritime capital will forever be remembered for the Solidarity movement in August 1980, the spark that lit the touchpaper for the collapse of the Eastern Bloc. A seismic moment in history. But while the Shipyard is silent now, Gdańsk’s glorious historic centre could perhaps rival Kraków, and its tri-city sisters Sopot and Gdynia, offer beaches and resorts that are second-home magnets for the Polish glitterati.

Let’s take a closer look and see why a long weekend in Pomerania makes such perfect sense.

Lying at the mouth of the Motlawa River, (itself a tributary of the Vistula, Poland’s longest river), Pomerania’s capital is perfectly positioned to be Poland’s primary seaport. Indeed, there’s a lot of water about here with parts of the city broken up into island chunks, mostly along a charming riverfront lined with tall, narrow tenement houses that these days are home to restaurants and bars. You can access the islands via a series of swing bridges which can make walking across a voyage of discovery depending on the river traffic. 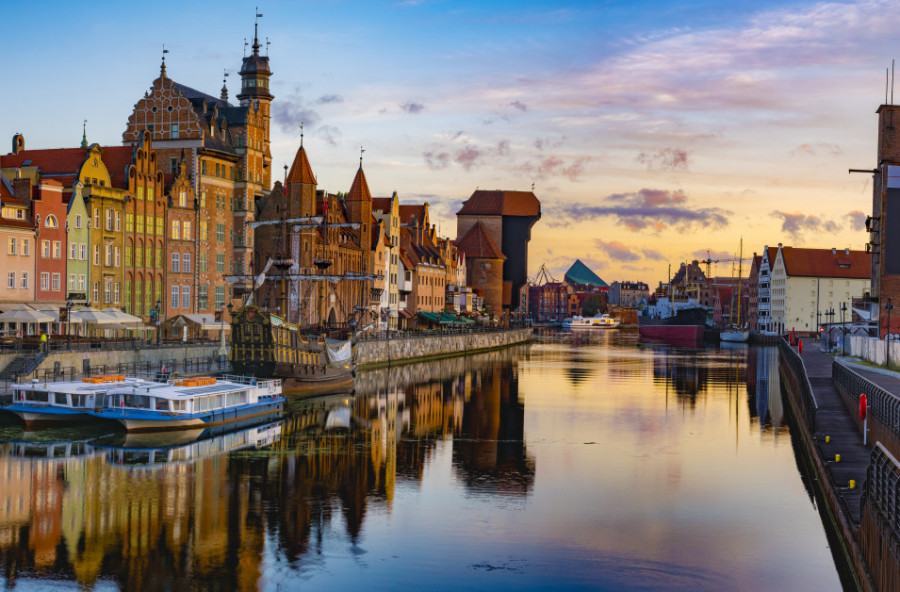 Gdańsk was utterly flattened during WW2 but was painstakingly restored brick by brick to its former 18th-century self. Walking around this glorious Flemish, Dutch and French-inspired architecture today it’s hard to believe it was only constructed in the 50s and 60s. It’s a lovely place to simply wander around and explore, stopping off of course every now and then for some excellent coffee and home-baked cakes in the myriad of speciality coffee houses you’ll walk past.  The colossal St Mary’s Church, however, was one of the few buildings to escape unscathed and remains the largest brick-built gothic church in Europe. It’s worth climbing up the 400 steps to the 78-metre-high tower to be rewarded with a panoramic view over Gdańsk. Inside, the vaulted ceiling is impossibly high, and the gold-plated main altar and the 15th-century 14-metre-high astronomical clock are worthy highlights. 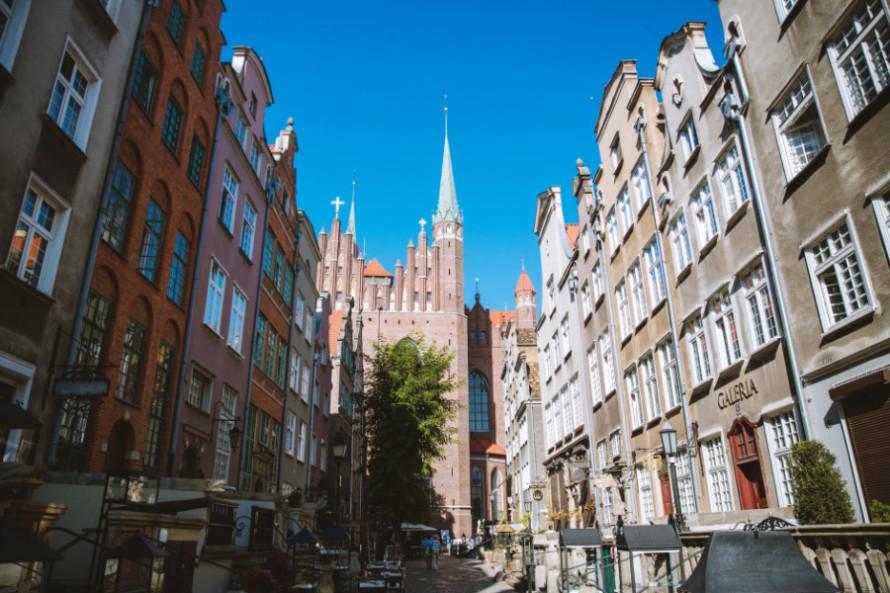 Originally, most of the streets in the old town contained markets and each was given a name corresponding to the merchandise on offer. So, look for Beer Street (which still has a goodly selection of watering holes) Soap Street, Bread Street, Coal Street and even Stocking Street to name but a few. Long Street (one of Gdańsk’s oldest streets) needs no interpretation as it’s, long. It’s the main pedestrianised artery in the town capped by the Green Gate at one end and the Golden Gate at the other. It’s also lined with tall and narrow merchants’ tenement houses, many now housing various museums while the Neptune Fountain grabs all the tourist attention. 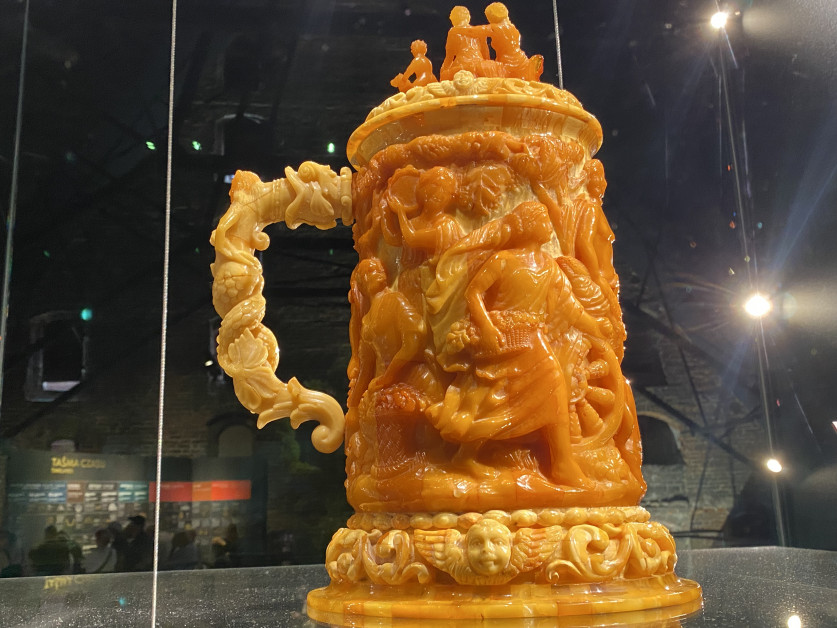 St. Mary’s Street, (next to the church) is nicknamed 5th Avenue as it’s lined with artisan retailers selling Baltic amber and jewellery, but to see the best examples of amber, head for the Amber Museum inside the Grand Mill, which tells the story of how this astonishing 40-million-year-old fossilised tree resin was created and has some extraordinary examples on show. 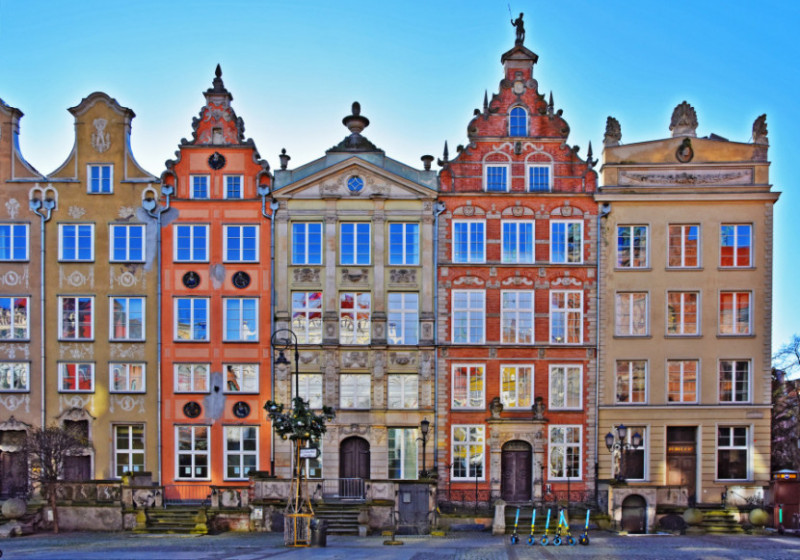 For me though, one of the most important sights to visit must be the European Solidarity Centre at the old Lenin shipyard. This outstanding museum built to resemble a rusting ship’s hull brings the whole Solidarity conflict to life. The strikes, the terrible human cost, Lech Walesa’s extraordinary leadership and ultimately the agreement for the creation of free trade unions and worker’s rights within a communist structure. There is something quite special in standing at a place where history was made, and Gate No. 2, where so much of that drama took place is now a protected historical monument. Just next to it is the moving Monument to the Fallen Shipyard Workers, and nearby, the Sala BHP Hall where all the negotiations and agreement took place. 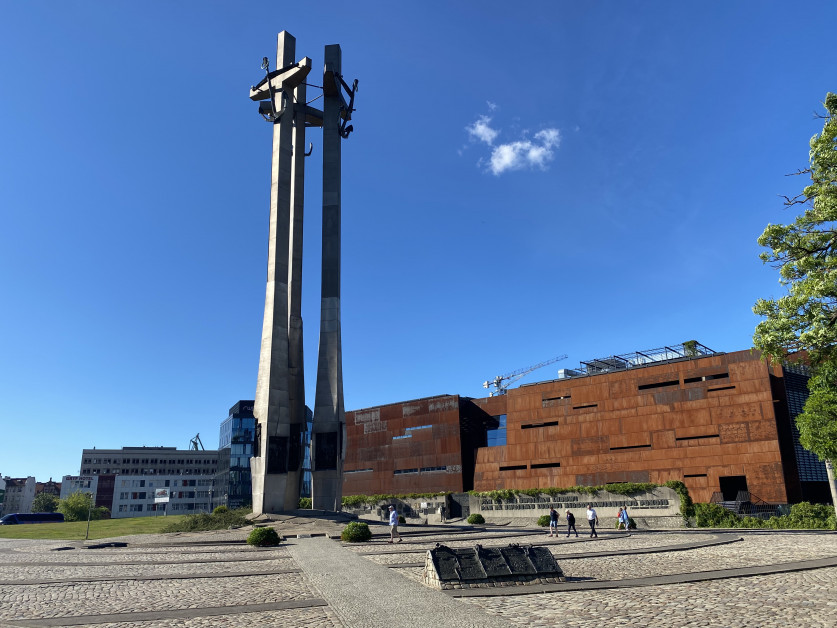 Away from the centre of town, the neighbourhood of Wrzeszcz is a gem of a place to visit. This elegant district, in particular Wajdeloty Street, has been a timeless centrepiece for well-heeled Gdańskers for generations, and today is probably the coolest part of town. The street is lined with trendy cafes and eateries, with Fukafe well worth a mention. 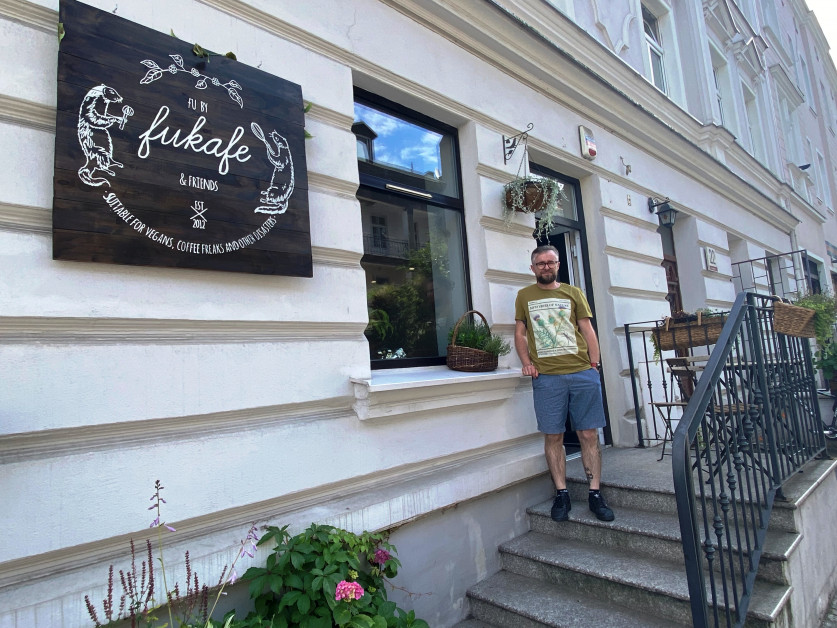 Created by Alex and Agnes as a fully vegan coffee shop with cake ten years ago (itself something of a rarity in Poland), has blossomed into a sought-after vegan cake shop with excellent coffee thanks to Agnes’s culinary vegan wizardry. Some extraordinary examples of delicious cakes that are also low in gluten, and free of sugar, soy, cocoa, and nuts.

Just a short ride away by train or car lies the Baltic spa resort city of Sopot. A place so bedecked with celebrity summer homes, it’s dubbed the Polish Riviera. And with some justification, as it could well hold its own with a few towns I know along the French Riviera. A wide sandy beach stretches from Gdańsk to Gdynia but it’s Sopot in the middle that draws the crowds in summer. The wooden pier remains the longest in Europe at over 500 metres with plenty of promenading holidaymakers and local fishermen seeking a free perch or carp dinner, while at its endpoint, the marina hosts a bevvy of luxury yachts. 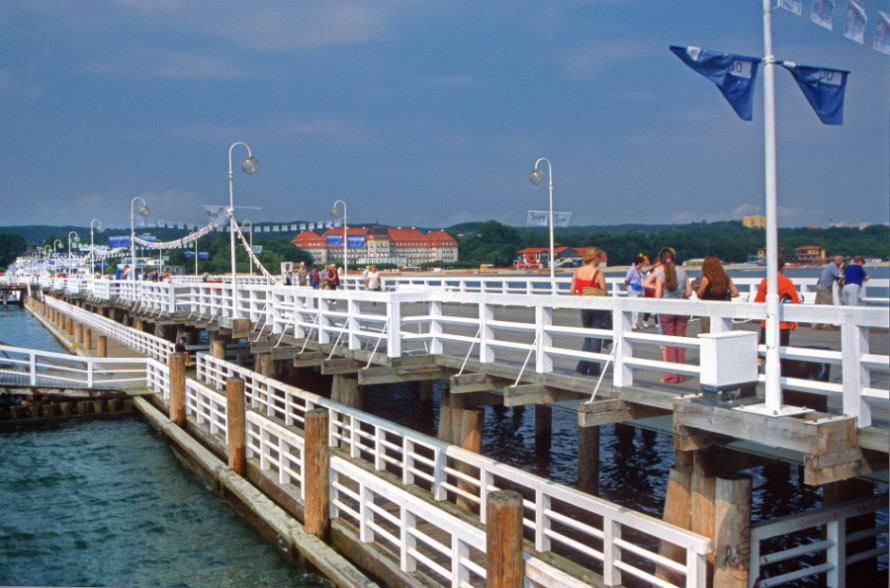 Close to the pier you’ll find the historic Grand Hotel still proudly lauding it over the beachfront. A five-star hotel that’s enjoyed the patronage of many notable guests including Hitler, Putin, Castro, De Gaulle, Garbo, Deitrich and even Prince.

The long pedestrianised Monte Cassino Street in the town is the ideal place for people-watching. Lined on both sides by restaurants, cafes, shops, and clubs, grab a seat and watch the world go by. Then again, down by the beach, a walkway runs the entire length of the coast, populated by an endless stream of walkers, joggers, bikers, and scooters. Another front row seat to a veritable moving tableau of resort life. 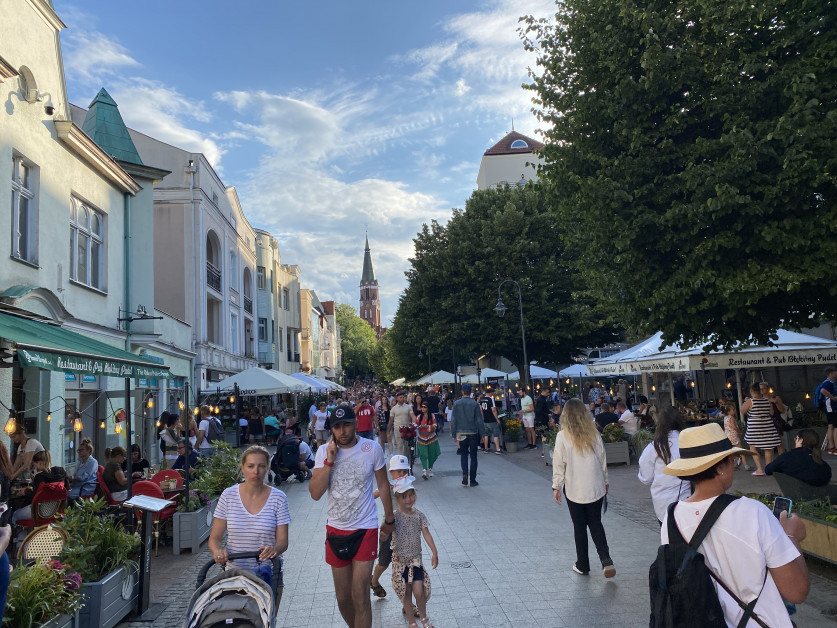 Sopot hosts its own annual international song festival every August at the Forest Opera Amphitheatre, the second largest in Europe after Eurovision.

Gdynia may feel like the overlooked triplet sister hiding in the shadow of its more illustrious siblings, but of the three, Gdynia has the most notable maritime history. In the 30s it was the largest and most modern seaport in the Baltic and even today has the clearance to welcome giant cruise ships with ease. Even the architecture references its maritime past, with rounded windows, or buildings resembling a ship’s hull or bridge. Even external staircases could be mistaken for gangways. The good news is it also has a beach every bit as good as Sopot and far fewer people using it, so well worth using it if you prefer a quieter beach life. 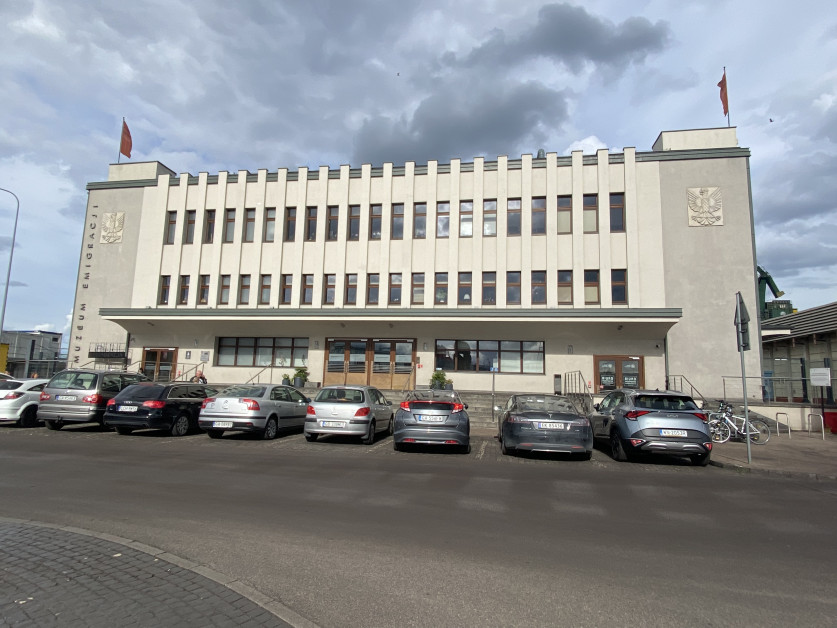 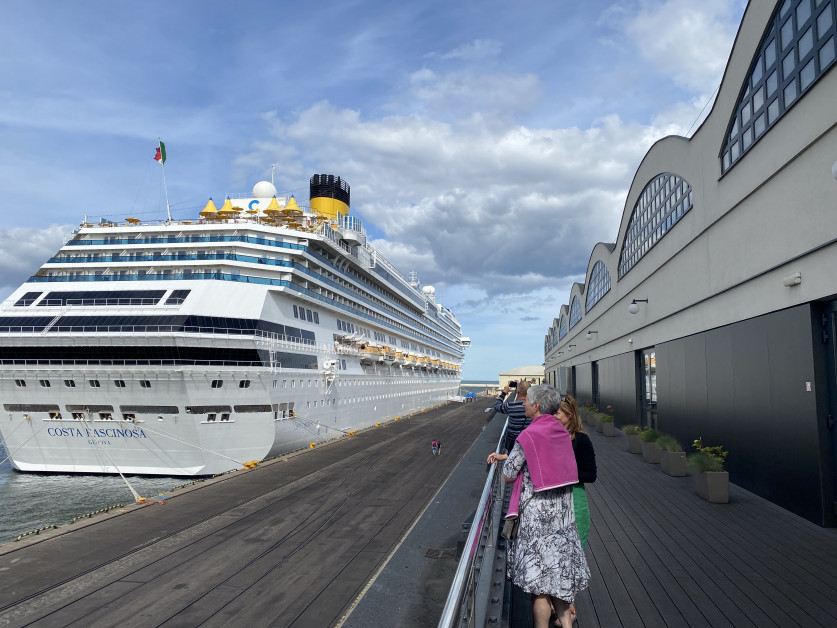 The Museum of Emigration is Gdynia’s star attraction. A state-of-the-art facility chronicling the Polish diaspora of some 20 million people around the world over hundreds of years. Opened in 2015, it’s housed inside the former Marine Terminal where so many families left Poland on ships to begin their new lives.  It reminds me a little of New York’s Ellis Island Museum but in reverse! As if on cue, a huge MSC cruise ship happened to be tethered to the adjacent dock when I was there adding to the reality experience. It’s an engaging place suitable for all ages with an extraordinary amount of visually stimulating exhibits. Hugely impressive. While we’re on the subject of museums, don’t forget to also visit the Naval Museum and the Gdynia Aquarium which are both close by. 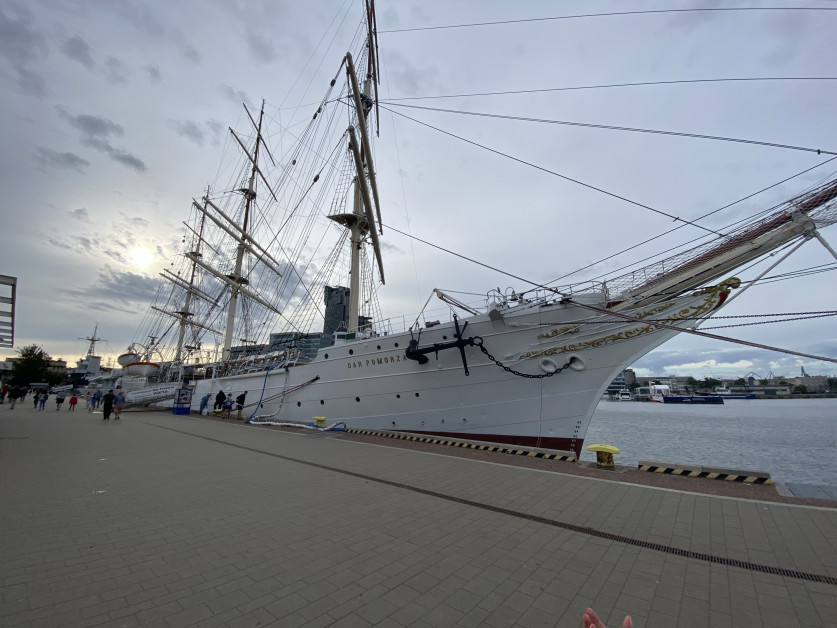 Exploring further along the dockside in Kościuszko Square you’ll come across two historic museum ships moored in their permanent home.  The Błyskawica, a Polish WW2 Destroyer and the stunning tall ship frigate Dar Pomorza built in 1909 as a maritime training ship which circumnavigated the world numerous times. 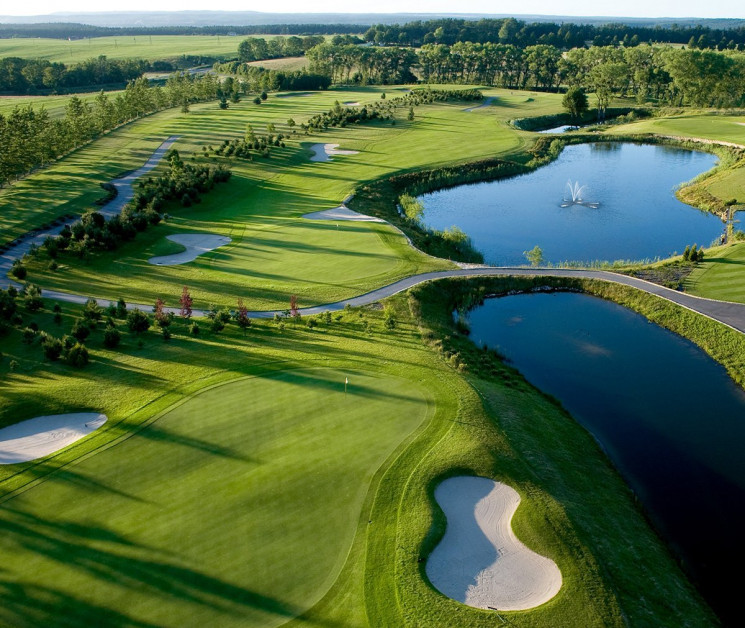 Even though the tri cities dominate Polish Pomerania, I also have to give the city of Wejherowo an honourable mention. This is the home of the Sierra Golf Resort; a fine example of how far Polish golf has come. Created from scratch back in 2002 by businessman Tadeusz Siek as a personal labour of love, has evolved into a private fiefdom of luxury houses and apartments and a beautiful clubhouse within 200 acres of rolling hills and valleys. The 18-hole championship course is immaculately kept with over 11,000 plants and shrubs and provides an excellent test for all levels of skill. Keep an eye on this slice of Polish golfing heaven as there is much more to come, I’m sure of it.

Tell me more about Polish Pomerania

Hampton Hotel by Hilton perfect position right in the centre of the old town.

Mercato Restaurant  Excellent riverside location and part of the Hilton Hotel. Mercato celebrates the food of the old town markets.

PG4   Gdańsk’s craft brewing emporium is a veritable treasure trove of beer, including the famous Yopinbeer essentially liquid marmite in a bottle. Fermented for 1 year.

Bialy Krolik Otherwise known as the White Rabbit, this is an outstanding culinary feast from one of the best restaurants in Pomerania. Part of the adults-only Quadrille Hotel, a five-star, themed experience built around Alice in Wonderland. If you want to treat yourself, make sure you have dinner here, or better still stay the night too.

Airport Parking and Hotels offers a wide range of parking and overnight hotel stays at all major UK airports. One week’s APH Short Run Park & Ride at Luton Airport with Airport Parking & Hotels (APH.com) costs from £109. For the latest prices and to book visit APH 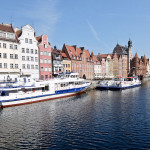 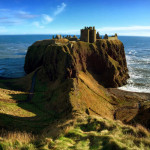 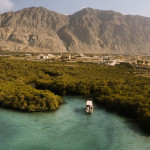