Four concerts are being added to the 2015 Savannah Music Festival lineup:

JAREKUS SINGLETON: Added to “Blues in the Garden” with Heritage Blues Orchestra on Saturday, March 21

At just 30 years old, blues guitarist Jarekus Singleton is a musical trailblazer with a bold vision for the future of the blues. Hailing from Mississippi, his unique style melds rock energy and R&B grooves with contemporary and traditional blues. His searing guitar playing and boundless energy has earned him three 2014-15 Blues Music Award nominations, including Contemporary Male Blues Artist, Contemporary Album, and Album of the Year.

Often described as having a “vintage” folk-rock sound akin to that of Neil Young, Joni Mitchell and Crosby, Stills & Nash, Dawes is composed of brothers Taylor and Griffin Goldsmith, along with Wylie Gelber and Tay Strathairn. The Los Angeles based quartet has played with such artists as Blitzen Trapper, Conor Oberst, Chris Robinson, and Wilco multi-instrumentalist Pat Sansone, among others, and was selected by Robbie Robertson from The Band to back him on a recent (and rare) string of live shows. Recorded in Asheville, their newest album shows the group developing an artfully concise and increasingly soulful sound.

Following up their 2013 SMF appearance, The Wailers return to the Trustees Theater with frontman Dwayne Anglin, known as Danglin. The anchor of The Wailers is Aston “Family Man” Barrett, who in addition to being Marley’s most trusted lieutenant, played on countless other classic reggae hits throughout the seventies. The authenticity he brings to the Wailers’ sound is indisputable and yet today’s line-up combines old school know-how with lead vocals from one of Jamaica’s most exciting new singers.

Since releasing their debut album in 2005, Nashville-based Drew Holcomb & The Neighbors (Drew, Nathan Dugger, Rich Brinsfield, and his wife Ellie Holcomb) have established themselves as a formidable and distinctive indie Americana band, selling out headlining shows and touring alongside such varied acts as The Avett Brothers, Ryan Adams, Los Lobos, Susan Tedeschi, North Mississippi Allstars and Marc Broussard. Holcomb’s songwriting is know for containing substantial grit and sincerity, mixing themes of melancholy and redemption while regularly drawing comparisons to such artists as Steve Earle and Bruce Springsteen.

The Savannah Music Festival is dedicated to presenting world-class celebrations of the musical arts by creating timeless and adventurous productions that stimulate arts education, foster economic growth, and unite artists and audiences in Savannah.The 2015 festival runs from March 19 through April 4, including more than 100 performances in intimate venues throughout Savannah’s historic district. For more information visit www.savannahmusicfestival.org, 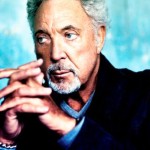 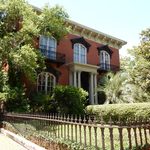