Join Anthea Gerrie as she explores the extraordinary Cotswolds village-within-a-village hospitality of Thyme.

It calls itself a village within a village, but Thyme is more like a tiny piece of pedestrianised paradise in the swathe of incredibly beautiful golden stone villages in England’s west country known as the Cotswolds.   All the shimmering stone – here silver in places as well as golden – and serenity without the traffic, and an added veneer of understated sophistication which attracts a similarly understated but well-heeled international clientele.

Thyme has been a labour of love for the Hibbert family since they acquired a large piece of a derelict estate adjoining the village of Southrop, near Lechlade, and set about restoring it not to its former glory, but a new kind of loveliness designed to engender soul-soothing yet energising hospitality.   Bedrooms are comfortable and sumptuously fitted out in a country style which never spills over into ostentation, while the Ox Barn, a large restaurant at the heart of the public area, manages to be both buzzy and serene.   There’s a cooking school, a spa and retail therapy made all the more enticing by the botanical prints which decorate signature linen having been painted by the chatelaine herself, the multi-talented Caryn Hibbert. 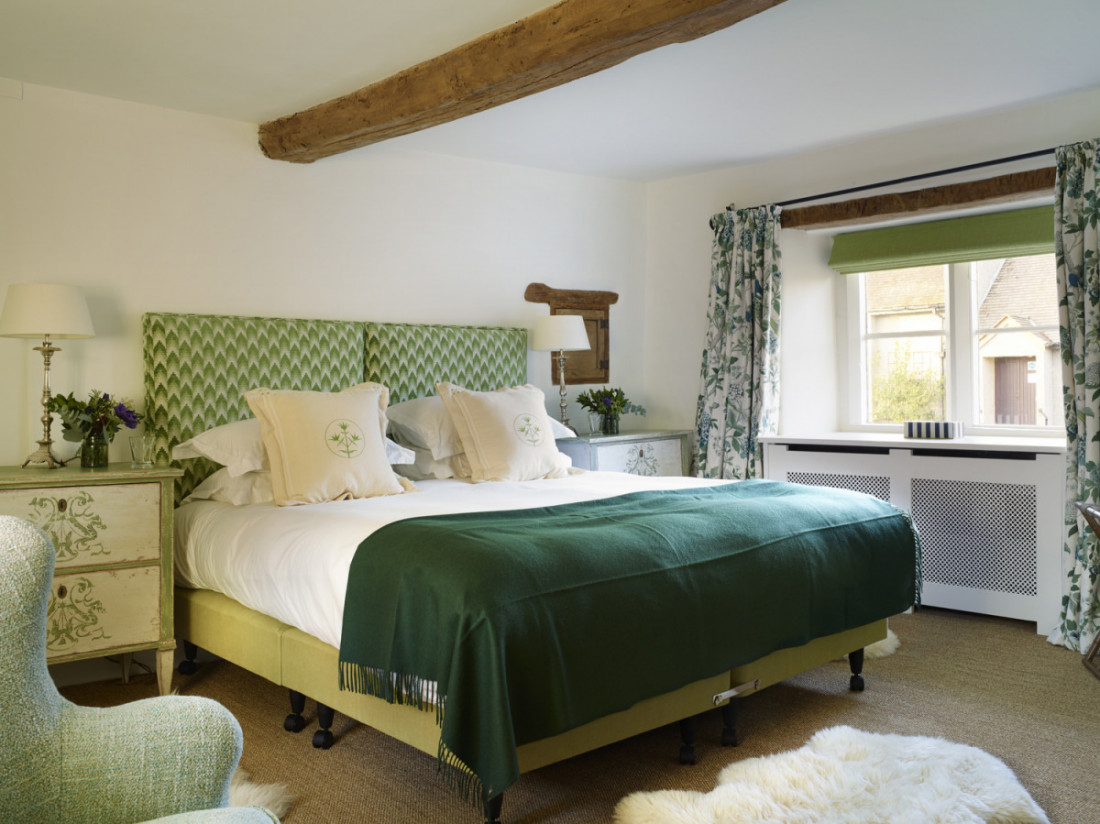 Some 32 rooms are distributed between a variety of buildings on the estate, while Old Walls, the only dog-friendly cottage, and our home for one unforgettably hedonistic night, was situated a few minutes stroll outside the compound in Southrop itself. We adored the spacious and comfortable master bedroom overlooking those golden stones on one side, glorious open country on the other, the large, traditionally-fixtured bathroom with its oversized tub, a cosy ground-floor sitting room enlivened by colourful chintz and carpet and a sunny conservatory dining area.   A surprise in the kitchen, designed for self-catering families(Old Walls can accommodate three more guests on the second floor) was a loaf of fantastic house-baked sourdough, along with a packet of fresh butter, eggs and greengages from Thyme’s extensive kitchen garden.  There was fresh milk in the fridge to add to hot drinks from the stylish kettle or a Nespresso machine. 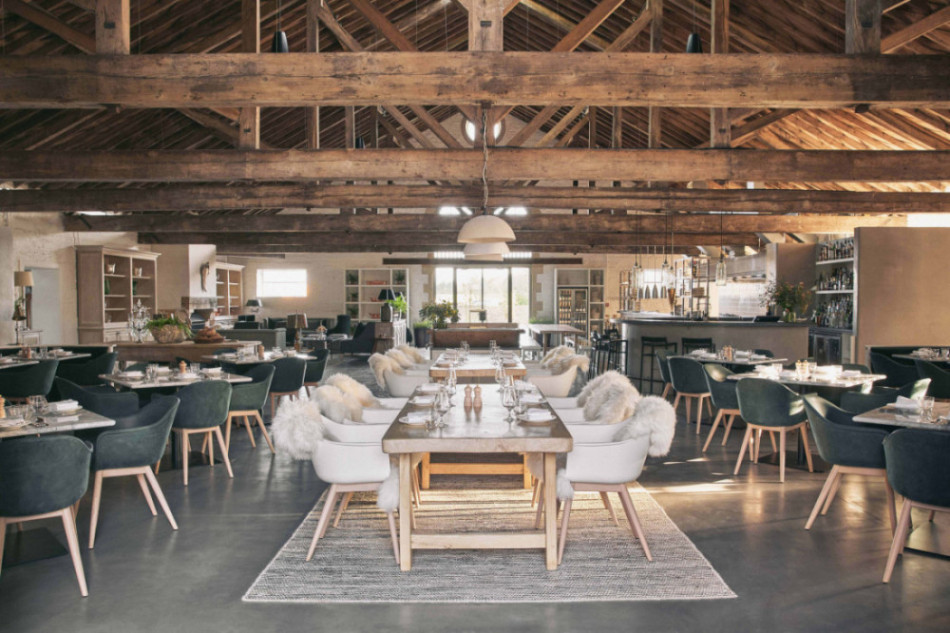 Self-catering was never our aim; after enjoying a stroll around the garden and feeding the dog, it was off across the fields to the Ox Barn, presided over by Charlie Hibbert, who honed his culinary skills with some of the greatest, including Jeremy Lee of Quo Vadis.  Charlie’s menu is short but inventive and highly seasonal, and on the last golden evening of late summer, we enjoyed a starter of roast peach, burrata, speck and almonds (£11.50).  To follow, we chose to share two dishes which seemed made to accompany each other – a gorgeous braise of slow-cooked lamb shoulder with leeks, bacon and the all too rarely seen Provençale favourite, fresh white coco beans (£29), with potato pave dressed with girolles, runner beans and goat’s curd (£25).

We finished with one deliciously rich pud based on pistachio and another on hazelnuts, both heaped with whipped cream – this is a chef who loves using nuts to celebrate the arrival of autumn.  A highly eclectic wine list contains decent drops from Austria, Greece and Tenerife as well as the usual suspects; although this is the kind of establishment where you can pay hundreds for a bottle, the entry-level is a commendable £27, and there is plenty of choice around the £30 mark, as well as a large selection available by the glass. 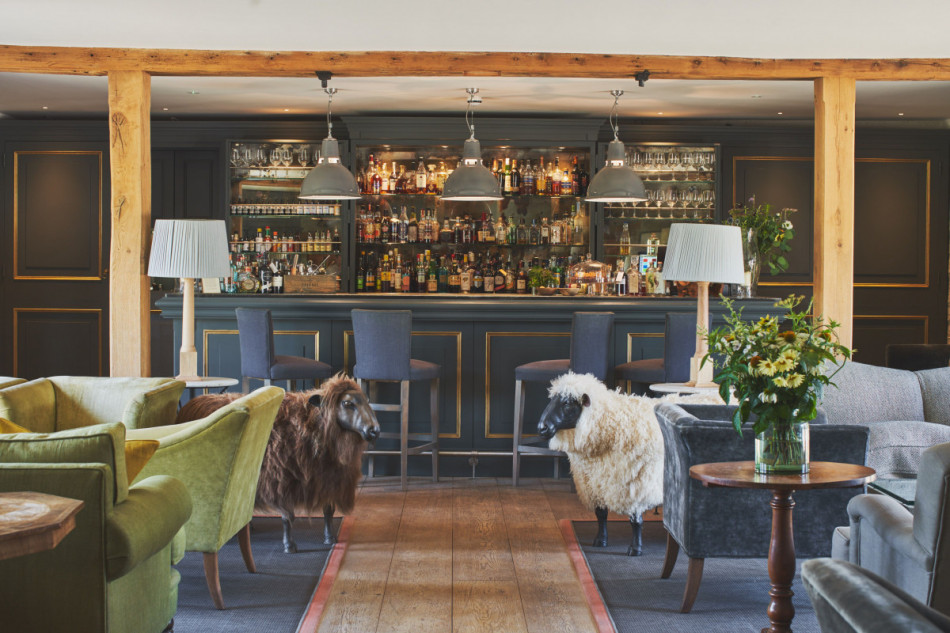 Breakfast was as eclectic and as fresh as one would expect from a kitchen which draws so many ingredients from its own gardens, hence the freshly squeezed green juice on offer alongside the more usual citrus.

However comfortable the bedrooms, time must be made to enjoy the sybaritic decor of the lounge, bar and other public rooms, many containing seats fashioned like sheep upholstered with life-size pelts, and divine shopping at both ground-floor and first-floor level.  Classes can be booked in the cookery school, which has lovely eat-in facilities, and we also spotted a floristry class gathering foliage and herbs from the kitchen garden. 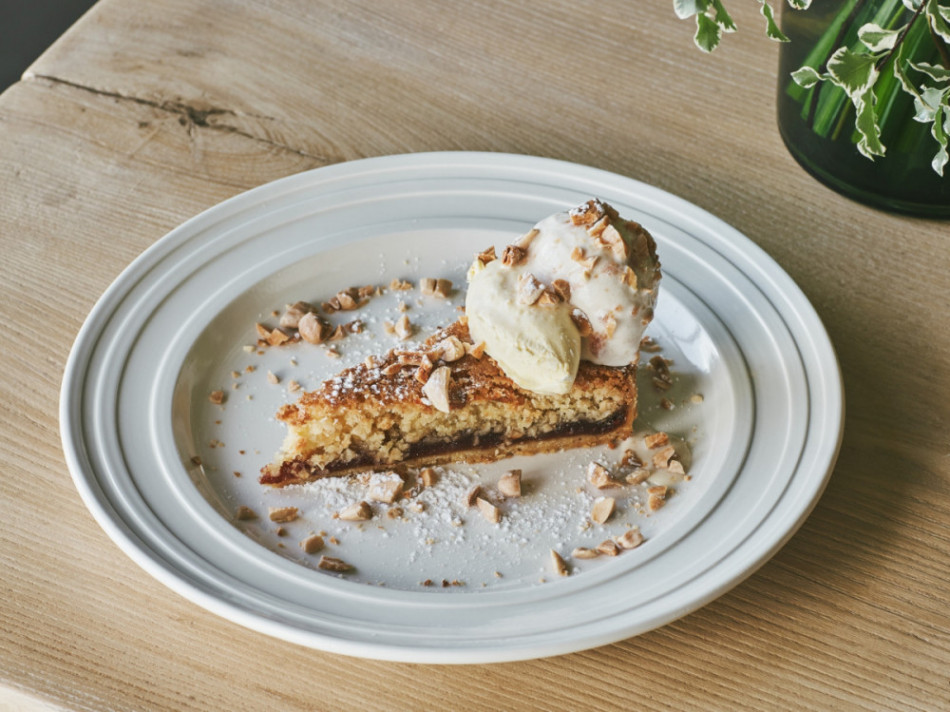 Those who can bear to tear themselves away can hire bikes to explore this western edge of the Cotswolds, notably the lovely but traffic-plagued village of Burford, or just wander through Southrop itself, made far more tranquil than a typical Cotswold hamlet by the absence of any village shops.   There is a picturesque watering-hole, though, the Swan, and as it’s owned by the Hibberts, expect very fine pub grub when it reopens post-pandemic.

Tell Me More About Thyme 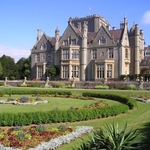 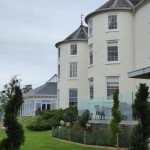 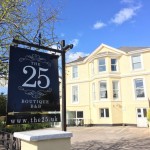