10/01/2022This entry was posted in Asia, Georgia, Newsletter and tagged Visitors Guide to Georgia on 10 January 2022 by Rupert Parker.

Rupert Parker travels west from the capital, Tbilisi, to Batumi on the Black Sea

Half the size of England, Georgia certainly crams a lot into a small area. At the intersection of Eastern Europe and Western Asia, you’ll find snow-capped mountains in the north, semi-tropical forests in the interior, and beaches in the west on the Black Sea. Add the vibrant capital of Tbilisi and unique food and wines, and there’s no need to wonder why this country was once the favourite holiday destination of the former Soviet Union. 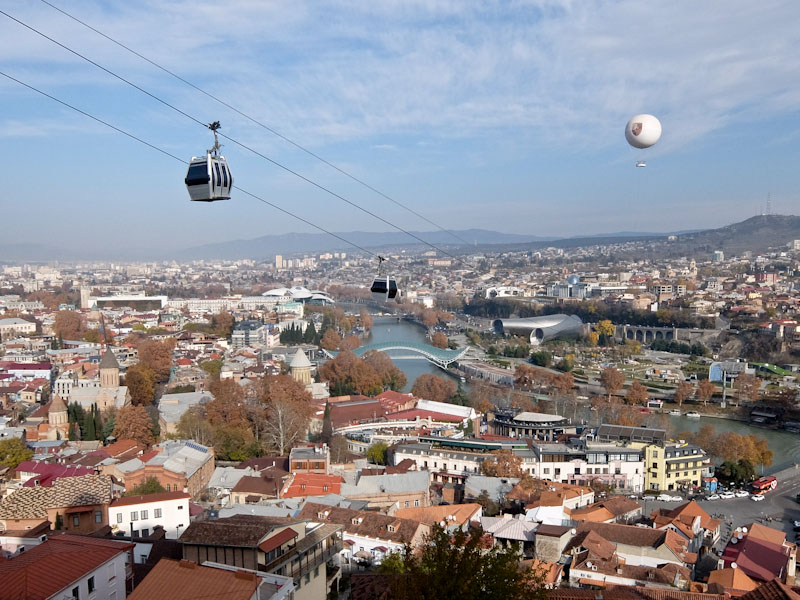 Flying into Tbilisi, the capital of Georgia, it’s home to a quarter of the country’s population of almost four million. It gets its name from its many hot springs, (tbili means warm), and the city spills down the hillsides on either side of the Mtkvari River, with the Nariqala fortress perched high above. The narrow winding lanes of the old town are home to a mosque, synagogue and Armenian, Georgian and Catholic churches. 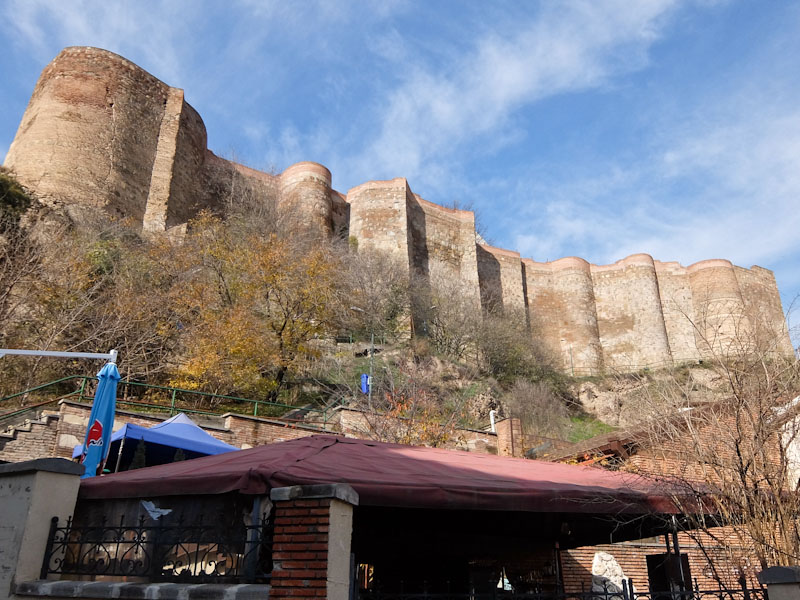 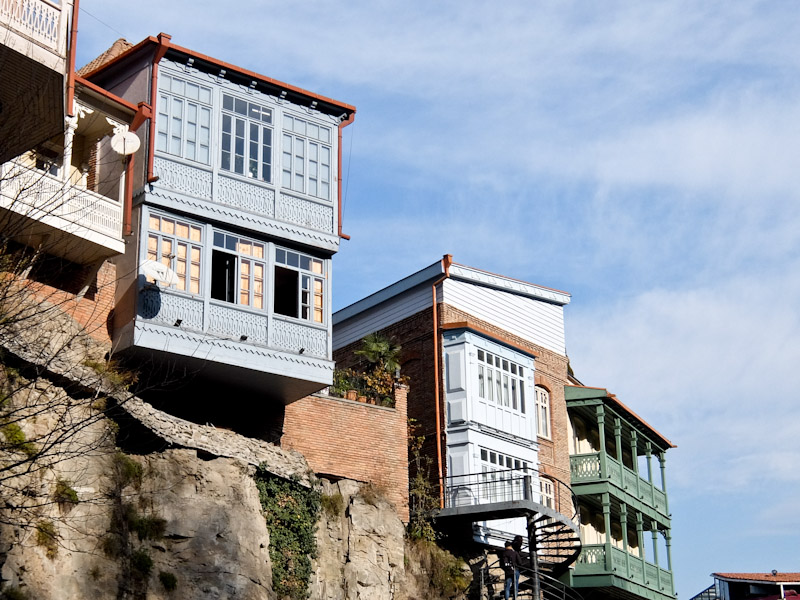 This is the place to wander, admiring the old carved wooden balconied houses, and sample wonderful Georgian food in the many restaurants and cafes. 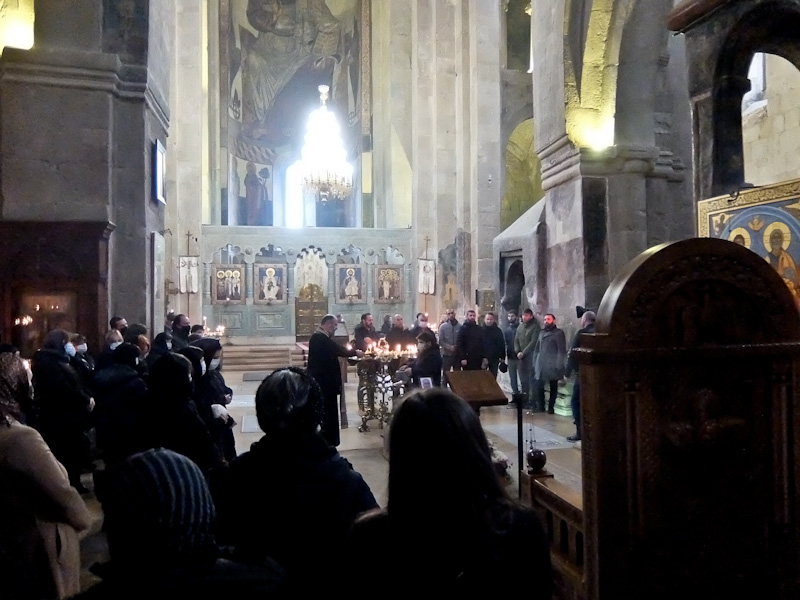 20km north, Mtskheta was the capital until the 5th century and the town’s churches are on the UNESCO World Heritage list. King Mirian, after his conversion to Christianity, founded the first wooden church here in 327 and it was rebuilt in stone in the 5th century The Svetitskhoveli Cathedral dates from the 11th century and, inside, the robe of Jesus is supposedly buried underneath a square pillar in the nave. 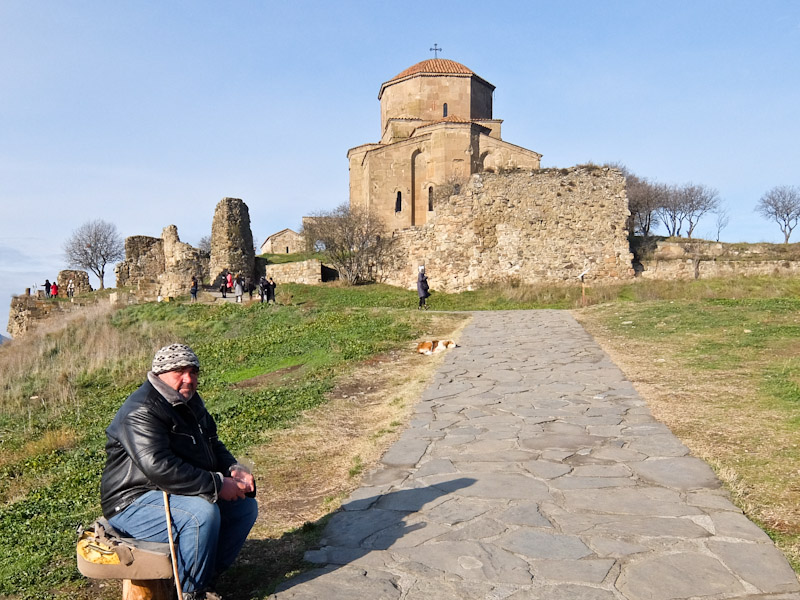 Standing on a hilltop, overlooking Mtskheta, is the Jvari Church, on the site where King Mirian erected a wooden cross. It was constructed in the late 5th century and is one of the most important places of pilgrimage for most Georgians. There’s not much to see inside, but there are spectacular views of Mtskheta and the valley where the Aragvi and Mtkvari Rivers converge.

Travelling 100km north-west I arrive at Gori, the birthplace of Stalin, born Josef Djugashvili in 1879. His simple mud-brick house is preserved under a glass-roofed Doric temple and behind is a vast museum dedicated to his life. This was built in 1957 and the displays remain as they were in Soviet times, although recently they’ve added a small two-room section downstairs, showing the darker side of the dictator. 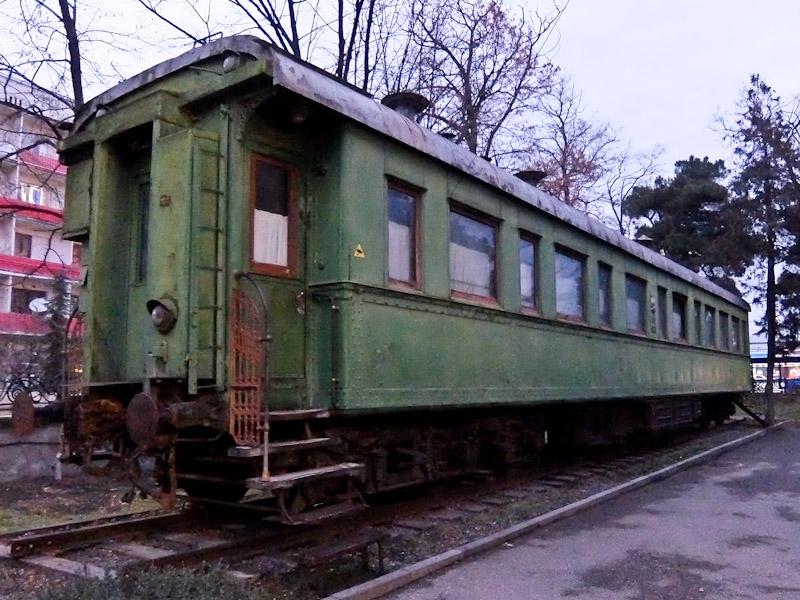 Mockups of an interrogation room and a prison cell have texts on the walls detailing repression and torture. Parked outside is Stalin’s train carriage, in which he travelled to the Yalta Conference in 1945. There’s no electric light inside, so you have to use a torch to get around. It’s slightly chilling to see his bed and his bathtub up close, knowing he was really here. 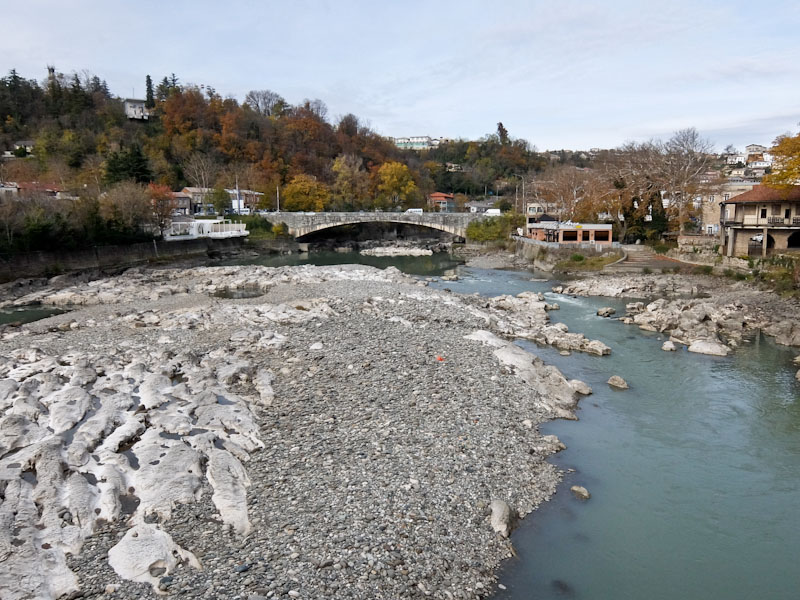 Around 150 km west of Tbilisi. Kutaisi has been the capital of Georgia at various times in the 4000 years of its existence. It was the main city of the ancient kingdom of Colchis, around 2000BC, where, according to Greek legend, Jason and his Argonauts found the Golden Fleece. There’s a factual basis for the story, as historically, sheepskins were used to dredge tiny nuggets of gold from mountain streams. The River Rioni runs through the city with the centre occupying the left bank. The land on the right banks rises up steeply and is topped by the Bagrati Cathedral. 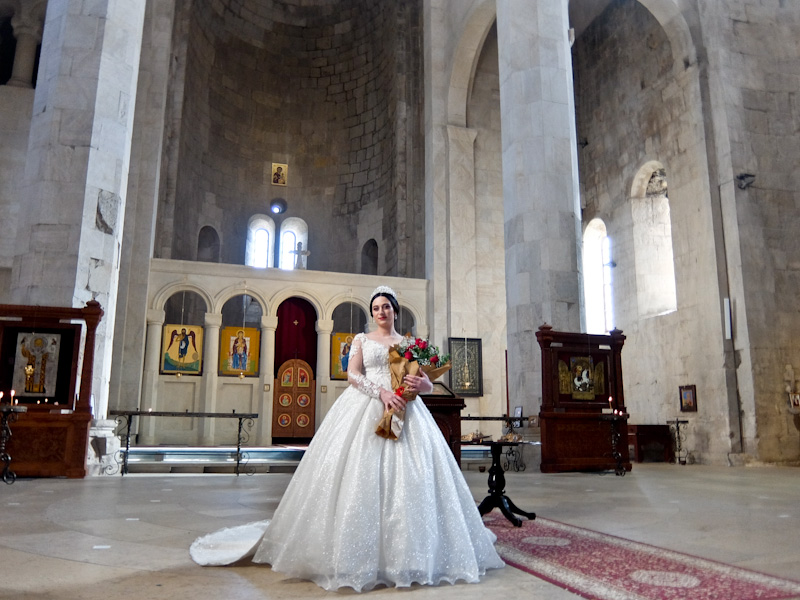 Since the 1st century, a fortress has occupied these heights, and there are remains of a palace from the 6th century as well as ruins of a small church. However, it’s the great dome of the Cathedral of the Assumption, started in 1003 by King Bagrat III, which dominates. Unfortunately, the Turks destroyed most of it in 1692 and it lay in ruins until 2008. It’s now being completely restored to its former glory and is a popular place for weddings. 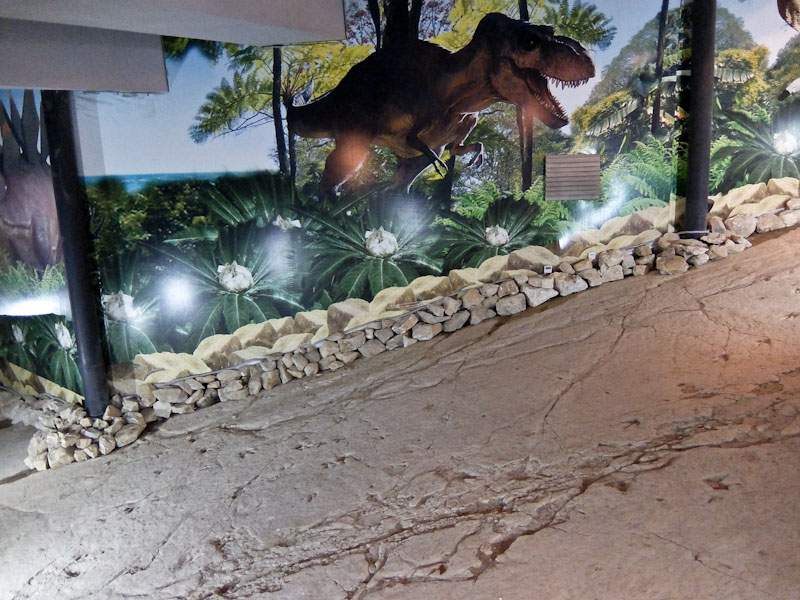 In the hills, just outside town, the Sataplia Nature Reserve has 200 fossilised dinosaur footprints, 120 million years old. They’re displayed under a protective canopy along with full-sized dinosaur replicas. In the thick tropical forest, covering the reserve, are a number of deep karst caves, one of which is open to visitors. It’s 300m long, with a small underground river running inside and crammed with stalactites and stalagmites. Above the caves, panoramic viewpoints give vistas of the surrounding hills and the Caucasus. 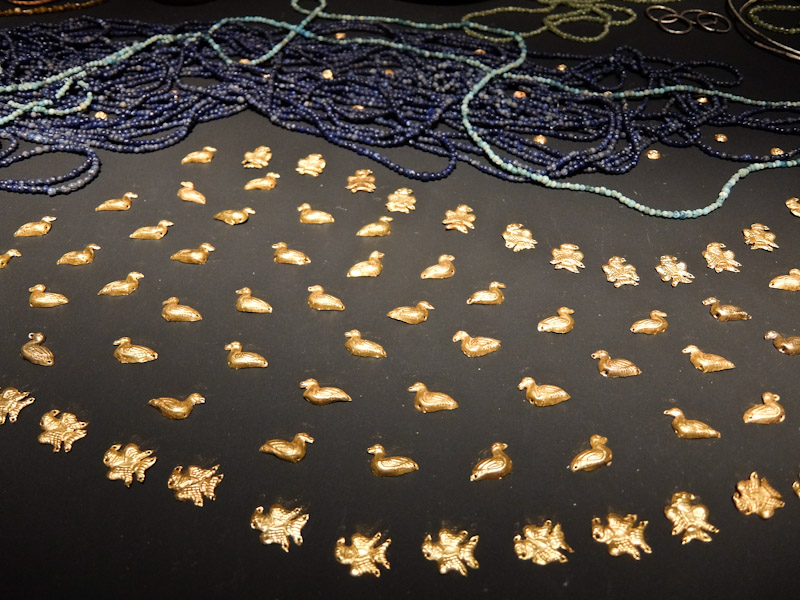 40km southwest of Kutaisi, Vani was another important centre for the Colchis kingdom between the 8th and 1st centuries BC. Many graves have been found here and a brand new museum displays the finds. Nobles were buried with their jewellery and ceramics inside qvevri (clay vessels), which helped to preserve the contents. On the museum’s upper floor, there are beautiful gold ornaments, etched with fine animal designs. Outside the site is still waiting to be properly excavated, but you can make out ruins of city walls and temples.

In Georgia’s far west, on the Black Sea, Batumi is booming. It’s been a resort since the 19th century when the Russian Tsar holidayed here, but in recent years new crazy skyscrapers have helped to create a Vegas on the Black Sea. The climate here is semi-tropical, so it’s hot in the summer and warm in the winter. 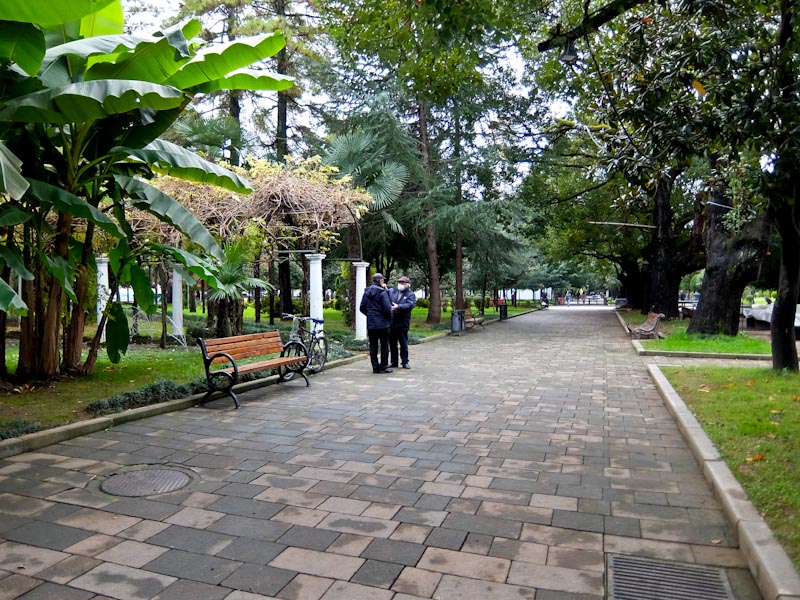 The 7km Boulevard runs along the edge of the sea and attractions include a Ferris wheel, a lighthouse built in 1882 and the 130m double helix Alphabet tower which displays the letters of the Georgian alphabet in neon. As well as an attractive old town, there are vast botanic gardens and a massive Roman Fortress from the 1st century AD.

You can read more about Rupert’s visit to Batumi here.

Tell Me More About visiting Georgia

Turkish Airlines flies from London Heathrow to Tbilisi and Batumi, via Istanbul.

Georgia has information about the country.

Go Batumi has information about the city and the region.

The Bradt Guide to Georgia is indispensable.

Rigi Restaurant bakes its own bread to go with its traditional cuisine.

Kutaisi: Hotel Magnolia in Kutaisi overlooks the river and has huge breakfasts.

Café Argo is by the river and serves authentic Georgian fare.

Sazano Wine Cellar is outside the town and has excellent wines and food.

The Terrassa Askaneli is good for Khachapuri, traditional cheese pies.

The Ajarian Wine House is outside the town and has live music.

Château Kvirike nestles among its own vineyards. 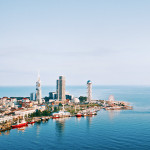 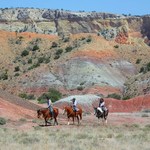 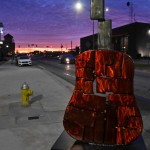