World Land Trust the international conservation charity, has raised £1M to save the rainforest home of Orang-utans and other endangered wildlife in the Lower Kinabatangan floodplain of Sabah, Borneo.

The announcement was made recently during World Land Trust’s 25th Anniversary event, ‘Saving Paradise: An Acre-by-Acre Journey’ at the BAFTA Theatre, London,  celebrating 25 years of successfully protecting the world’s most biologically important and threatened habitats.

John Burton, CEO and Founder of World Land Trust, commented: “We have been overwhelmed by the response to our Borneo Rainforest Appeal. It was an ambitious target and we hoped our supporters would respond generously, as indeed they have done. “WLT’s Big Match Fortnight in October 2013 raised £725,000 and we could not have achieved this magnificent sum without the generosity of the donors who pledged to match the amount we raised. Hundreds of people contributed during the fortnight, many inspired by Simon Barnes’ features in The Times.”

The Borneo Rainforest Appeal was organised in partnership with Hutan, a conservation NGO based in Sabah, which is one of the few remaining Orang-utan strongholds. The funds raised will secure the Keruak Corridor, a critically important strip of forest along the north bank of the Kinabatangan River, which links two existing forest reserves therefore enabling isolated groups of Orang-utans to travel over larger distances and to form more viable populations. Many other species will also benefit from the purchasing of the land between the protected areas including Pygmy Elephants and Proboscis Monkey. 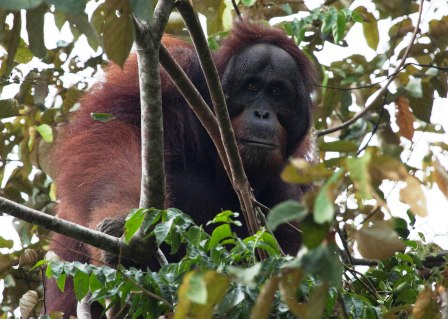 “The rapid expansion of oil palm plantations in Borneo has resulted in an unprecedented destruction of unique and rich tropical rainforests, putting the future of Borneo’s Orang-utans in serious jeopardy. Thanks to thousands of donations, this appeal will help ensure the survival of important Orang-utan and Pygmy Elephant populations,” said Dr Paul Salaman, CEO of Rainforest Trust.

Dr Isabelle Lackman, Co-Director of Hutan, WLT’s conservation partner in Malaysia said, “Thanks to the extraordinary generosity of all World Land Trust’s supporters and partners, we are now in the process of purchasing and permanently protecting a strategically important corridor of forest along the River Kinabatangan. The protection of the forest is crucial for the protection of species, and by connecting forests that are fragmented; we know we can save viable populations of Orang-utans.” 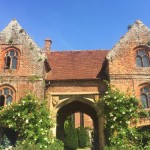