Stewart Golf’s X Series has been the flag bearer for innovative British golf manufacturing  ever since it launched the X1 Remote in 2003. An electric trolley that was capable of complete remote operation was a real ground breaker back then and today it still turns heads on the course.

With the X9 Follow, Stewart Golf has raised the bar once again with another cutting edge trolley navigation system.

The X9 is still essentially a Bluetooth-activated electric trolley at heart, but now comes with two further antennas, one mounted on each rear motor, that work in tandem to literally follow your portable handset. As you walk along, the X9 literally follows behind like an obedient dog.  It’s an odd feeling for sure, but it is as near as you can get to having a personal caddie. 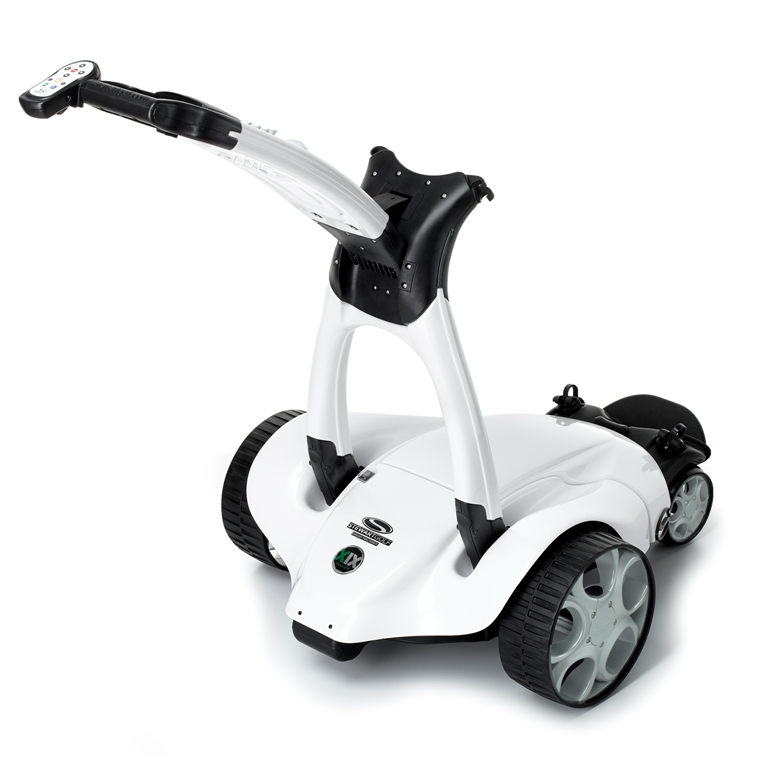 Aesthetically, the X9 looks every inch the high-end trolley, the golf equivalent of a Star Wars Storm Trooper with a sleekly moulded arm and body and two fat rear wheels supporting the two smaller in front. The compact lithium battery sits snugly inside the body housing with one simple cable to connect, and a plastic covered rocker switch on the outside turns the power on and off. There is just one light indicator to show the Bluetooth is connected.

So, unlike most electric trolleys, there’s no on board instruments to worry about. The handset does all the work sliding onto the arm handle when you need to stop the trolley following you and just use it in manual steering mode.

The handset (which you either clip to your belt or leave in a pocket) is used to control the X9 using standard direction buttons or in full follow mode by pressing the follow button. This is where the technology gets interesting. The two antennas create 2 zones; one is a neutral zone that keeps the X9 stationary within a small radius around you, whilst the other is the active zone that works up to 5m away. This essentially creates a digital rubber band effect with the trolley stopping whenever it gets close to you and speeding up when you walk away. 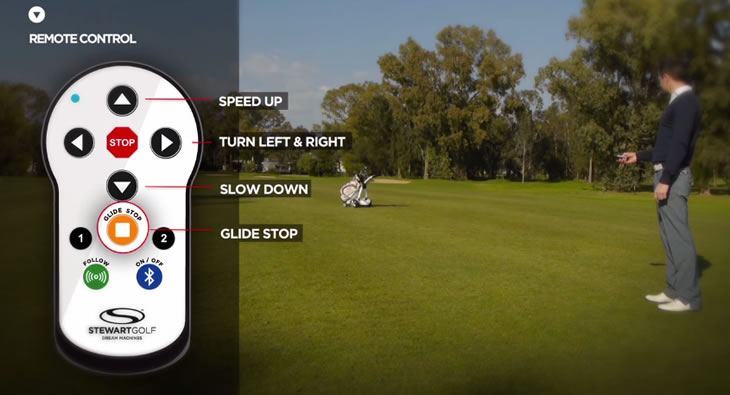 It’s a great feeling to have both hands free and simply stride down the fairway knowing your clubs are not far behind.There was a time when it behaved like a petulant child and refused to follow me in a straight line until I realised I was holding the handset and the swinging motion of my arm confused it so much it almost headed straight into a stream.

Stewart Golf does recommend you only use the follow mode on open fairway to avoid any potential hazard, but once I understood how to control it properly it was a very faithful servant.

Once back in the car park the X9 folds down almost flat but for some it might prove a little heavy to lift into the boot.

In practice, the X9 performed very well on the flat, but did a wheelie around a few humps and hollows. That said, there is a rear stabiliser and automatic braking system on downhill stretches. The speed was easy to adjust and for manual steering the two cruise control buttons were easy to set up for my walking pace. The X9 had more than enough juice for 18 holes which are the maximum recommended before recharging.

The X9 Follow electric golf trolley is perhaps an extravagant purchase at almost £1,700 but there is no denying this is why we love technology. The feeling of having both hands free while you stroll along the fairway has, up to now, only been possible by using a caddie. The logical progression is to build in sensors so the trolley can navigate its own way past streams, bunkers and greens. For now though, the X9 is an extraordinary piece of kit.

Tell me more about the X9 Follow Electric Golf Trolley 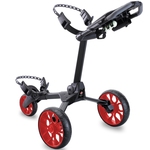 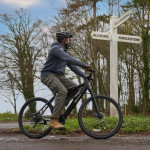 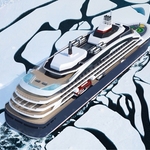