London’s Zip Now has opened for its summer season in Archbishop’s Park close to the South Bank. Running from 12th June until September 15th the zip line is the biggest and highest of any world capital city at 35 metres tall and 225 metres long. It’s a high octane ride with speeds approaching 50 km and we had a sneak preview just before the official opening.

“Right sir; is the furniture all in the front room?” A very important question considering I was about to get my harness well and truly pulled up between my legs. It’s a safety drill that’s repeated three times before you slide, once when you’re kitted out, again as you approach the launch tower and lastly just before you set off. 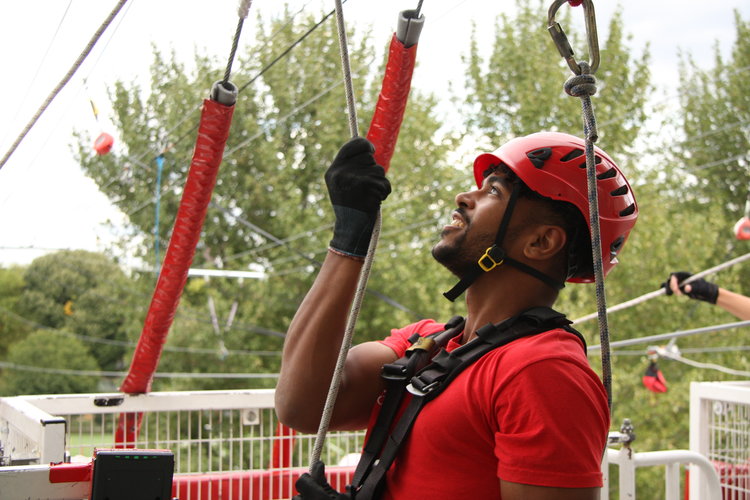 For most of us, climbing the 183 steps up the launch tower might be the most difficult aspect of the whole experience, but it’s well worth the effort as from this lofty perch London’s impressive skyline is laid out before your very eyes. Not to much time to check out the landmarks as I’m called to the launch. Three ginger steps down and suddenly I’m hurtling across the park, over centuries-old tress who have seen many strange things over time, across the tennis courts and just as I’m starting to look at the landmarks, instead of the potential points of my impending doom, the brakes kick in automatically and I’m on the landing tower. 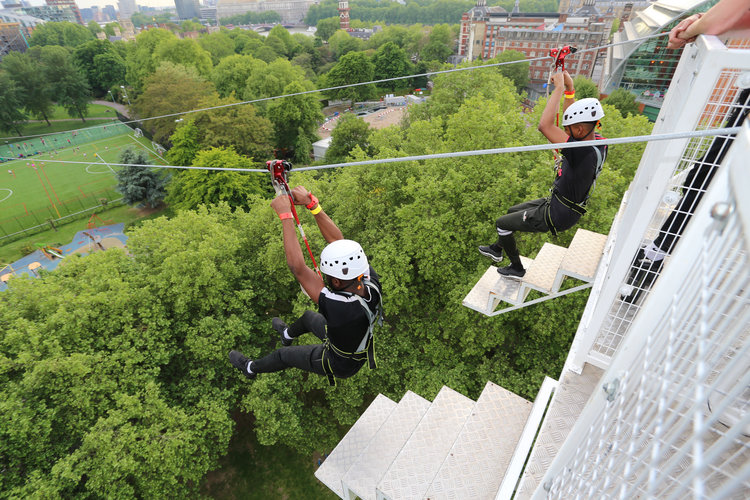 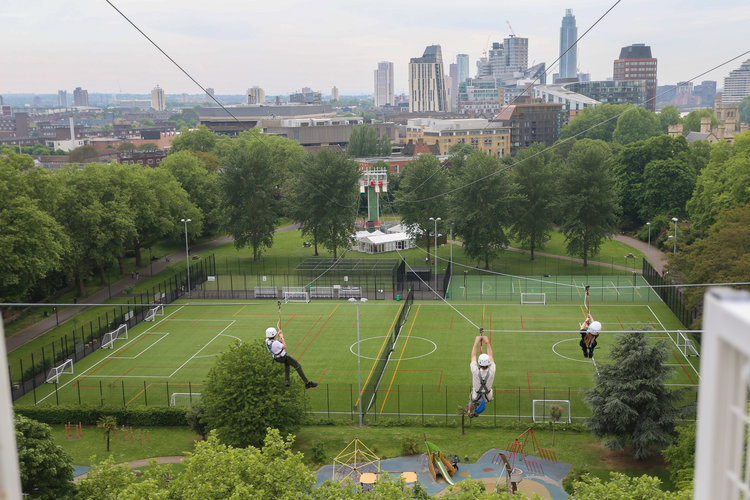 It’s all over and I can start breathing again.

But there’s another surprise. Instead of a simple walk down still buzzed from my adrenaline high, I can take a leap instead via the Mega Drop – a 12-metre free fall jump onto a pile of soft cushions. The choice, as they say, is yours as an added extra thrill.

Zip Now London offers complimentary rides for carers, guides and mobility or sight assistants and specific time slots can be ring-fenced for exclusive use of those who may require more time to complete the experience. This can include people with learning disabilities, autism, and both hearing and sight impediments. 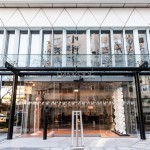 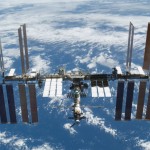 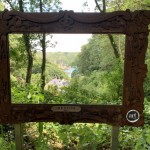