18/11/2021This entry was posted in Austria, Europe and Middle East, Tirol and tagged Skiing in Kitzbuhel on 18 November 2021 by Rupert Parker.

Rupert Parker explores the Tyrolean peaks around the Austrian ski resort of Kitzbühel.

I’m pleasantly surprised when I arrive in the Tyrolean town of Kitzbühel. Unlike many ski resorts, there’s been very little redevelopment and it still retains its medieval heart. Its cobbled streets and pastel-painted mansions, set against a backdrop of snow-covered peaks, are something out of Hansel and Gretel. Mercifully it was spared bombing during WW2 and 2021 sees it celebrate its 750th anniversary. They proudly display the original charter in the museum. 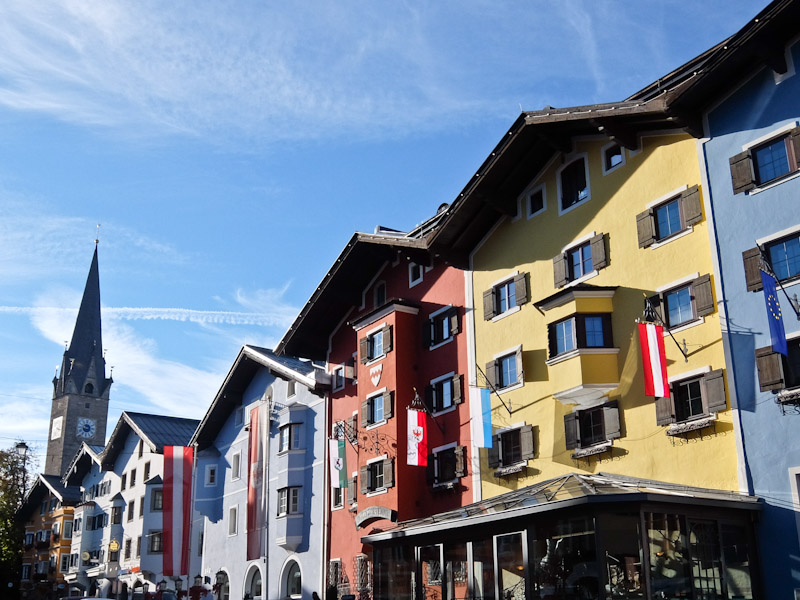 On show is also their extensive collection of prehistoric bronze objects, including weapons, tools and bowls. From the middle Bronze Age, around 1600 BC, Kitzbühel became one of the most important copper-producing areas in the eastern Alps. The population grew and the settlements around the mines have yielded spectacular archaeological finds. Mining continued until the 19th century when the deposits finally began to run out.

The town might have quietly sunk into a deep slumber but for the completion of the Salzburg-Tyrol Railway in 1875, which put it on the tourist map. In 1893, local businessman, Franz Reisch, donned Norwegian skis and made the first descent of the Kitzbüheler Horn. This was the beginning of Austrian skiing and the first foreign visitors arrived a few years later. He built hotels, established a ski school and eventually became the town major. 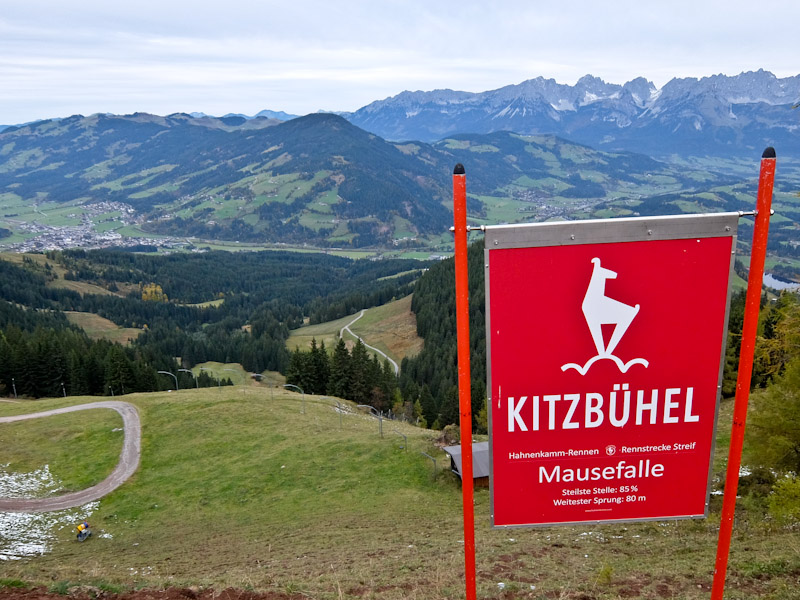 Between the wars, the resort attracted film stars and aristocrats and, in 1931, the famous Hahnenkamm downhill ski races began.  The most notable of these is the white-knuckled descent of the Streif, now watched on TV by millions worldwide. It’s one of the world’s toughest downhills, with 80-metre jumps, gradients of up to 85 per cent and speeds of up to 140 km/h. The course record is 1:51.58 minutes and was set by Fritz Strobl from the Austrian state of Carinthia in 1997.

I’m here in October, and they’re already preparing the Hahnenkamm for the World Cup ski races in January. The only snow is just a light dusting on the peaks and it’s clear and sunny. The trees have their classic autumnal glow and it’s the perfect weather for hiking. Indeed Kitzbühel has developed into an all-year destination with scores of well-marked trails, both for walking and mountain biking, some separate and others shared. 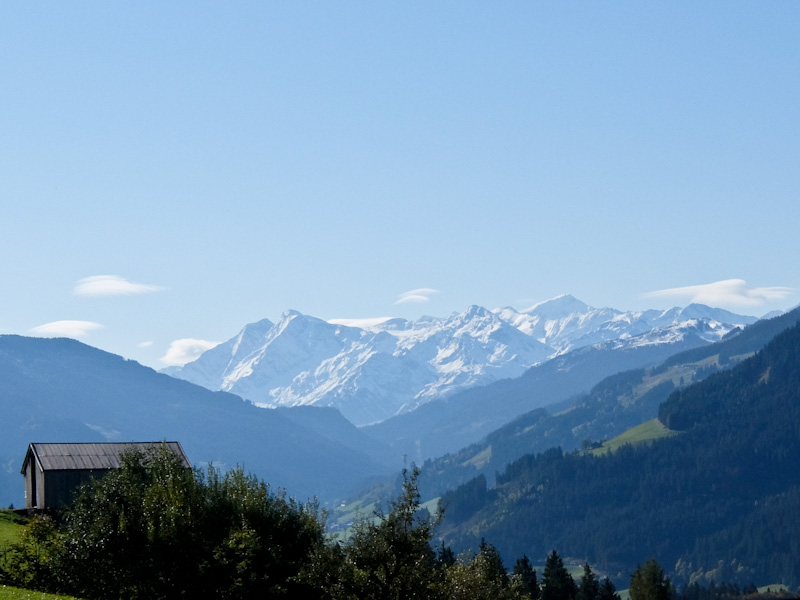 During my first day hiking up to the Schleierwasserfall, I have the countryside all to myself and see nobody. Visibility is perfect, the October sun glinting off the snowy tops, and the gradients are gentle. The silence is broken by a solitary helicopter transporting snow machines up the mountain but of course, even the pilot stops for lunch. At the Hotel Rasmushof Kitzbühel, by the golf course, there’s goose on the menu and it’s a generous portion. The dessert is Palatschinken, pancakes with berries, more filling fare. 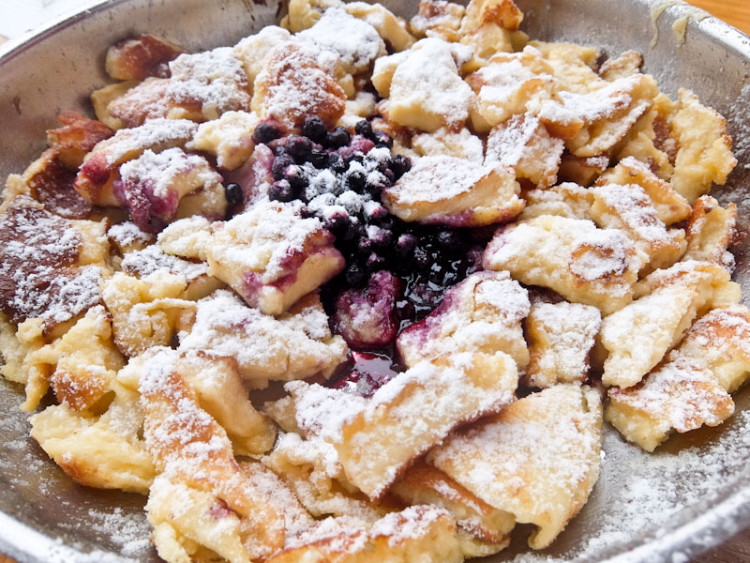 Next day I take the gondola up the Kitzbühel Horn to the Start House of the   Hahnenkamm which also contains an exhibition of previous race winners. At 1665m I look directly down the Streif, which falls away steeply below, with an initial gradient of 51%. It’s not icy so I gingerly follow the trail down to the Mausefalle where the first jump takes place. It takes me 10 minutes but skiers manage this in only 8.5 seconds. They then fly distances of up to 80 metres over the steepest section of the Streif.

It’s definitely not for me so I follow a circular trail via the Ehrenbachhöhensee to the Berggasthof Ochsalm. In the distance, I can just make out Austria’s highest mountain, Grossglockner, surrounded by slightly smaller peaks, all impressive. From here the path takes me via Hochbrunn and the Melkalmweg to Hahnenkammstüberl where I tuck into another hearty mountain lunch. 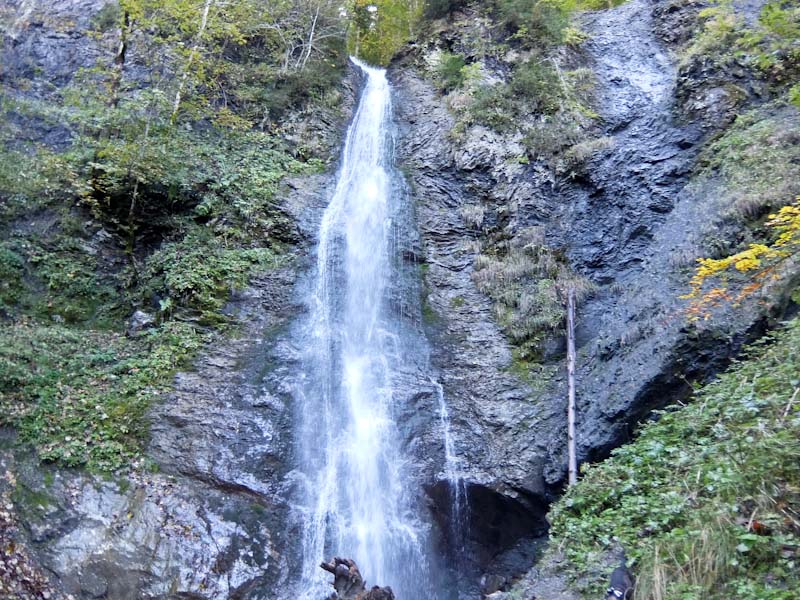 Food is particularly good in the town and the recently opened Hutschpferd Palais specialises in Wiener Schnitzel.  The gourmet Restaurant Berggericht is also new – Chef Heinz Hanner has been cooking for over 40 years and is one of the best chefs in Austria. His seven-course tasting menu includes marinated goose liver and pike dumplings, along with fish and meat dishes. Expect the town’s first Michelin star in the future.

Tell Me More About Kitzbühel

Kitzbühel has information about the town. For hiking activities click here.
The ERIKA Boutiquehotel Kitzbühel has an excellent spa and is in a quiet location on the edge of town.  Rooms start from €183 per night for a Comfort double.
Ryanair flies from London Stansted to Salzburg from £40 pp return.

Hutschpferd Palais is a new restaurant in the centre of town.

Restaurant Berggericht has tasting menus from €98.

Hotel Rasmushof Kitzbühel is at the bottom of the Streif and has lunch specials. 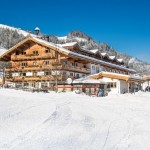 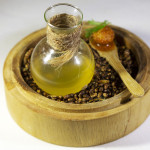